Pentagon and Veterans Affairs preparing to get and administer Covid vaccine 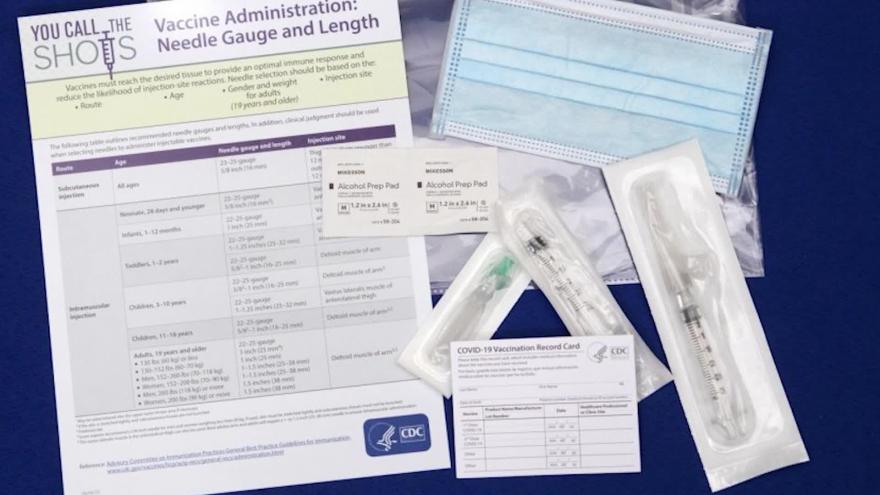 The Department of Defense is set to receive the coronavirus vaccine directly from the companies that manufacture it once it is approved for use, and will administer it to DOD personnel, a US official tells CNN.

(CNN) -- The Department of Defense is set to receive the coronavirus vaccine directly from the companies that manufacture it once it is approved for use, and will administer it to DOD personnel, a US official tells CNN.

At the same time, the Department of Veterans Affairs is telling veterans groups that vaccinations will start in the next few weeks.

The first tranche of the vaccine is expected to be relatively limited in volume, so military officials at the Pentagon are working on prioritizing who will get it first. Military medical personnel are among those expected to receive the vaccine first. Vaccinating health care workers first would be in line with recommendations from the Centers for Disease Control and Prevention.

Military officials are also discussing whether to vaccinate high priority units within the military at the same time or to stagger the vaccinations. One concern at this very early stage is whether a vaccine will produce side effects, the different reactions different people might have to the vaccine and whether that could risk taking down a whole unit.

The Pentagon is expected to issue additional guidance on vaccine distribution within the Defense Department next week.

The Department of Veterans Affairs says front-line health care workers within the VA system will be the first priority.

"VA has plans to provide the vaccination to Veterans and employees once it's available," spokesperson Christina Noel said in a written statement about the department's vaccination plans.

"Frontline health care workers would get first priority for vaccinations. The timeline depends on when the vaccination becomes available."

Tom Porter, executive vice president of Iraq and Afghanistan Veterans of America, confirmed that the VA had told veterans groups in a call Thursday that vaccine distribution would start "in the next couple weeks."

Porter said VA Secretary Robert Wilkie was on the call along with Dr. Richard Stone, the Veterans Health Administration executive in charge, Paul Lawrence, the VA under secretary for benefits, and others.

Porter said they were told front-line health care workers would be prioritized first and said there were no details about whether certain veterans would be as well, such as older people, minorities or people with preexisting conditions.

A source familiar with the VA's decision making says Stone has decided he will not make the vaccine mandatory for Veterans Health Administration clinical staff unless -- and until -- it's gone through the full approval process at the Food and Drug Administration.

If it is only approved under an emergency use authorization, which is the path that both the Pfizer and Moderna vaccines are currently on, it will be voluntary, the source said.