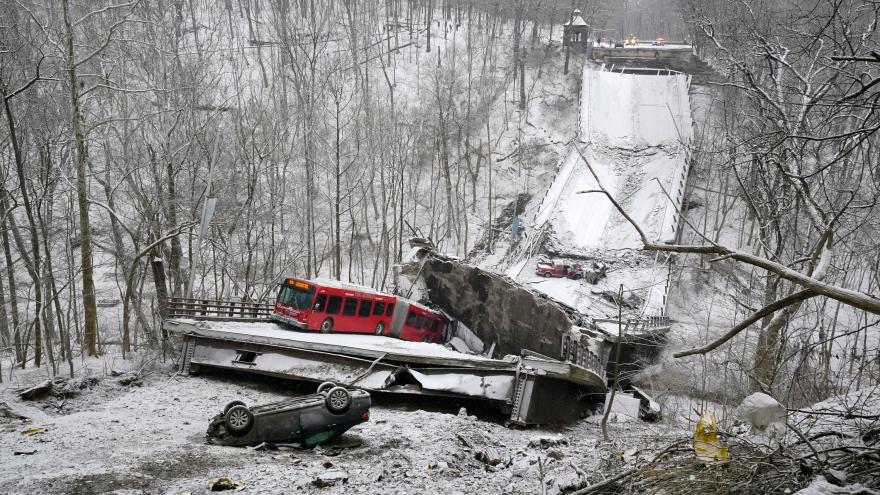 (CNN) -- A week after a Pittsburgh bridge collapsed, officials announced plans on Friday to build a new one that will cost $25.3 million.

Ten people were injured January 28 when the snow-covered Fern Hollow Bridge collapsed just hours before President Joe Biden was slated to speak in Pittsburgh about infrastructure.

Federal money will pay for the new bridge through the Bipartisan Infrastructure Law, said a release from the city and the state Department of Transportation. That measure was a key component of Biden's agenda.

The city and state finalized a Reimbursement Grant Agreement allowing PennDOT to design and construct a new structure, according to the release. The city will resume jurisdiction and maintenance of the bridge after completion, the release said.

"Pennsylvania is thankful for the steadfast commitment from the Biden Administration to rebuild this bridge and help the people of Pittsburgh move past this startling event," Wolf said in the release. "It is our hope that we can rebuild this bridge as quickly and efficiently as possible.

"While the Bipartisan Infrastructure Law will go a long way to support our nation and our commonwealth, we must heed this collapse as a sign that we must take steps at the state level to prevent a future tragedy."

He added, "Members of Pennsylvania's General Assembly must come together in a bipartisan fashion to enact long-term funding solutions for our own infrastructure system."