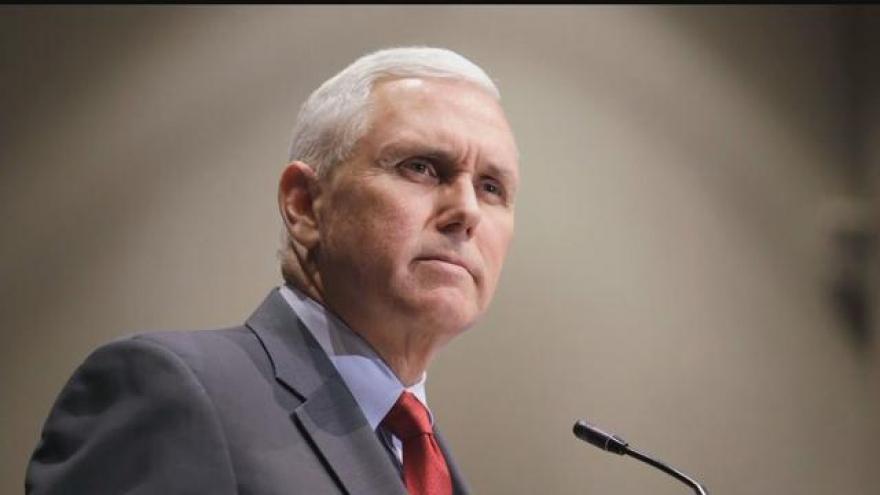 Federal prosecutors have charged three individuals in connection with Wednesday's riot at the US Capitol, the Department of Justice announced Saturday, including a man seen on video carrying House Speaker Nancy Pelosi's lectern and another wearing a bearskin headdress.

(CNN) -- Vice President Mike Pence will attend the inauguration of President-elect Joe Biden, according to a source familiar with the plans.

CNN previously reported that Pence was planning to attend the inauguration, but he was waiting on an invitation.

Word of Pence's intention to watch President-elect Joe Biden take his oath of office in person spread just one day after the first major break between Pence and President Donald Trump -- when Pence defied the President by performing his constitutional duty to certify the election results.

Pence had faced intense pressure from Trump and his supporters to somehow stop the ceremonial vote counting during a joint session of Congress, although he told the President it was not within his power to do so. A mob incited by Trump earlier in the day Wednesday descended on the US Capitol where Pence was presiding over the counting of the Electoral College results, forcing him and his family to flee the chamber when the pro-Trump rioters infiltrated the building.

Biden said Friday that he was glad Pence would be attending.

"He's welcome. I think it's important that as much as we can stick to what have been the historical precedents of how an administration changes should be maintained. And so Mike, the vice president, is welcome to come. We'd be honored to have him there, and to move forward in the transition," Biden said.

President Donald Trump announced on Twitter, before his account was suspended, that he would not be attending.

Biden said Trump's decision to skip his inauguration is "one of the few things he and I have ever agreed on."

"It's a good thing, him not showing up," Biden told reporters Friday in Wilmington, Delaware, at a news conference after he introduced Cabinet nominees.

"He exceeded even my worst notions about him. He's been an embarrassment to the country, embarrassed us around the world. He's not worthy to hold that office," Biden said.

House Democrats are preparing articles of impeachment, expected to be introduced as soon as Monday. The President-elect did not weigh in on whether Congress should impeach Trump and remove him from office over his actions leading up to his supporters' riot at the Capitol this week.

Biden said there's no doubt he wants Trump, whom he called "one of the most incompetent presidents in the history of the United States of America," out of office as soon as possible. He said if Trump had several months left in office, he would push for his impeachment. Now, though, Biden said, "The quickest way that will happen is us being sworn in on the 20th. What action happens before or after that is a judgment for Congress to make."