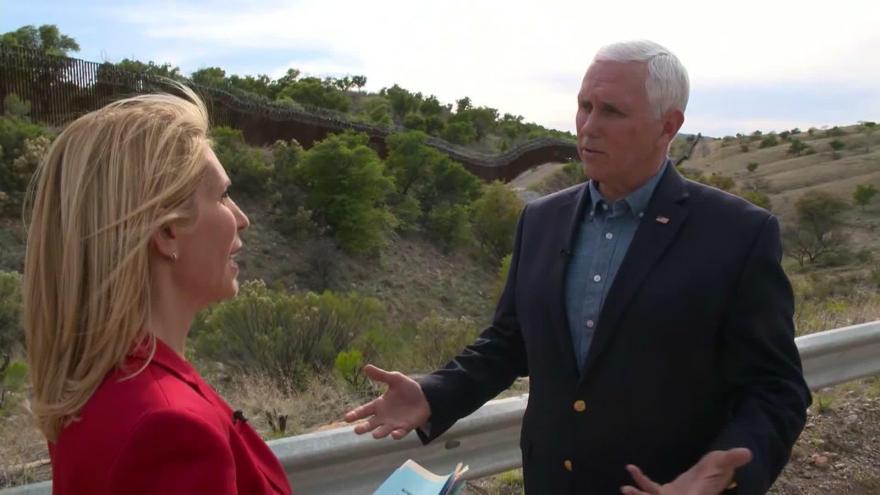 Vice President Mike Pence told CNN in an exclusive interview Thursday that the Trump administration would not return to separating families at the southern border as a way of deterring illegal immigration.

(CNN) -- Vice President Mike Pence told CNN in an exclusive interview Thursday that the Trump administration would not return to separating families at the southern border as a way of deterring illegal immigration.

"The President made it very clear this week, we're not rethinking bringing back family separation," Pence told CNN's Dana Bash.

On Monday, senior administration officials told CNN's Jake Tapper that in the last four months or so, Trump had been pushing then-Homeland Security Secretary Kirstjen Nielsen to enforce a stricter and more widespread "zero-tolerance" immigration policy. According to multiple sources, the President wanted families separated even if they came in at a legal port of entry and were legal asylum seekers, as well as separated even if they were apprehended within the US. He thinks the separations work to deter migrants from coming, the sources said.

Trump repeatedly denied that was the case on Tuesday, and Pence backed up the President's public statements.

"The President made it clear a year ago: We ended family separation, and we're not considering going back to it," Pence said.

More undocumented immigrants and migrants were apprehended along the southern border in March than in any month since 2007, according to Customs and Border Protection data released Tuesday. There were approximately 92,000 arrests of undocumented migrants for illegal entry along the southern border in March, up from 37,390 the previous March. Overall in March, more than 103,000 individuals were apprehended along the border or encountered at a port of entry and deemed "inadmissible."

Pence stressed that the onus was on Congress to act and provide a legislative solution to what he said was an inadequate immigration system.

"We've got to close the loopholes in our law. We've got to end 'catch and release.' We've got to reform our asylum system," Pence told Bash. "And that's why Congress needs to sit down, Democrats in Congress need to sit down and take a break from everything else they're focused on and deal with what the American people want them to deal with, which is securing our border and protecting our country."

The vice president sidestepped a question about whether Trump's Wednesday night tweet that Democrats' views on border policy were "TREASONOUS" increased the likelihood of such a compromise.

"I think what you hear the President expressing is the frustration of the American people, that last month alone more than 100,000 people came across our southern border illegally," Pence said.