Pence press secretary back to work after coronavirus recovery 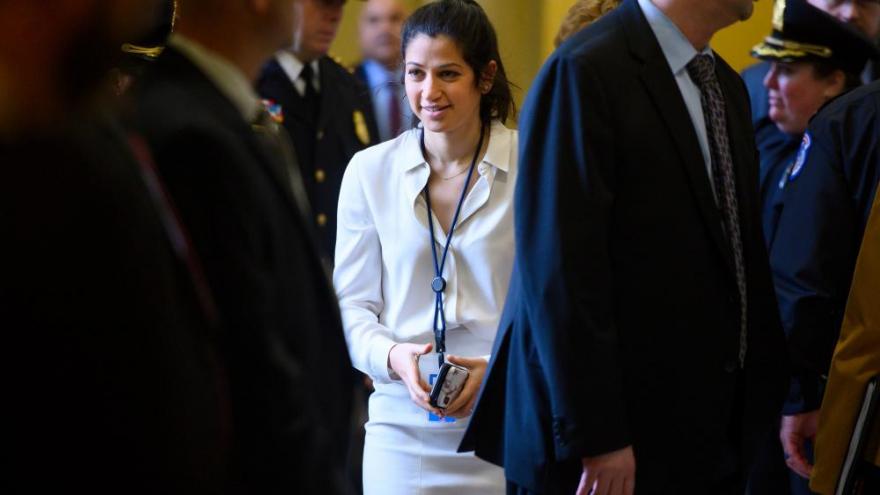 Katie Miller, press secretary for Vice President Mike Pence, is seen in the Capitol during the Senate Policy luncheons in the Capitol on Tuesday, February 11, 2020.

She also noted that she is pregnant with her first child with her husband, top Trump adviser Stephen Miller. The pair were married in February at the Trump Hotel in Washington.

"Back at work today after three NEGATIVE COVID tests. Thank you to all my amazing doctors and everyone who reached out with support. I couldn't have done it without my amazing husband who took great care of his pregnant wife. #TransitionToGreatness," Miller tweeted.

Miller became the second White House staff member known to have tested positive this month. Her illness was announced by the President himself.

"She's a wonderful young woman, Katie, she tested very good for a long period of time and then all of a sudden today she tested positive," Trump said during a meeting with Republican members of Congress at the White House.

The news of her positive test made everyone in the West Wing of the White House genuinely nervous, one White House source told CNN at the time. The source said Katie Miller's nature is to communicate in person so she makes lots of in-person contacts during her day-to-day work, adding that West Wing staffers are concerned because her husband also works in the building and has been inevitably exposed.

White House press secretary Kayleigh McEnany confirmed Tuesday afternoon that Stephen Miller self-quarantined with his wife and he has also returned to work at the White House.

"They're both back at work and healthy and happy and we're very happy to see them around," McEnany said.

The White House is now making sure staffers wear masks in the White House residence, and coronavirus tests and temperature checks are being boosted throughout the West Wing. The West Wing is also being sanitized on a more frequent basis, which the official said is "not perfect" but the White House wants to be an example to businesses around the country on how to deal with the virus.