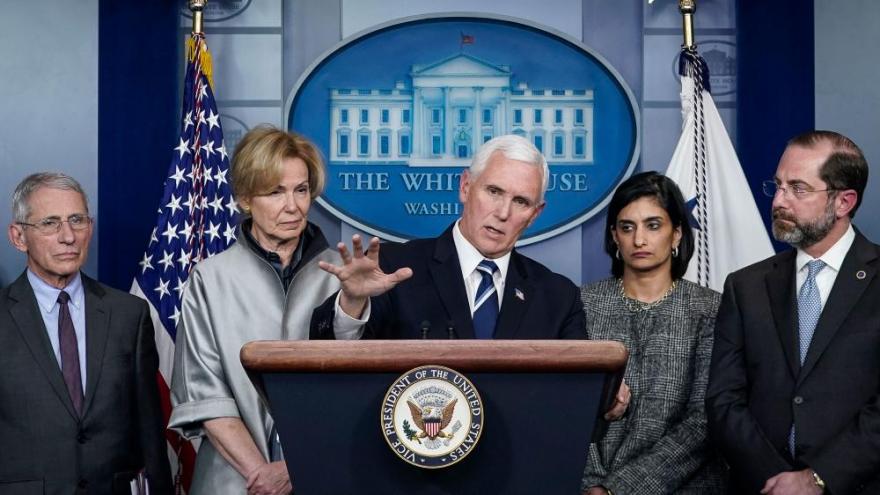 Vice President Mike Pence, who is leading the administration's response to the coronavirus crisis, acknowledged Thursday there was a shortfall in the number of testing kits required to meet demand.

(CNN) -- Confusion and delays appear to persist in testing Americans for coronavirus even after an outcry from state and local health authorities that the United States was behind in determining the extent of the outbreak.

Vice President Mike Pence, who is leading the administration's response to the coronavirus crisis, acknowledged Thursday there was a shortfall in the number of testing kits required to meet demand.

"We don't have enough tests today to meet what we anticipate will be the demand going forward," Pence told reporters while touring 3M facilities in Minnesota.

The vice president said the government would be able to provide testing "for those that we believe have been exposed, for those who are showing symptoms."

But his remarks were an acknowledgment that the administration is still not prepared to meet an expected spike in demand in tests for coronavirus, which has spread to 17 states.

It was the latest in a confusing string of statements from the administration about the availability of coronavirus tests. The issue has emerged as a key flaw in the Trump administration's response, which has frustrated doctors and state health officials who want to identify patients with coronavirus to isolate them and prevent the virus's spread.

New guidance issued by the Centers for Disease Control and Prevention on Wednesday formalized an earlier announcement by Pence that any American with a doctor's order can be tested for the virus.

It removed earlier restrictions that limited testing for the virus to people who'd been hospitalized with a fever and respiratory symptoms -- or a person who had close contact with a confirmed coronavirus patient.

At briefings on Capitol Hill and at the White House, administration officials -- including the Food and Drug Administration head and Health and Human Services Secretary Alex Azar -- laid out expectations for at least one million tests becoming available.

"The estimates we're getting from industry right now -- by the end of this week, close to a million tests will be able to be performed," FDA chief Dr. Stephen Hahn said during a Monday briefing.

Asked about the vice president's comments, Pence's spokeswoman Katie Miller said the administration will not miss its goal of one million tests distributed by the end of the week.

"We're not missing it," Miller said.

"Where demand is going, we need to continue to ramp," she said.