Peloton stock tumbles on report that it is halting production 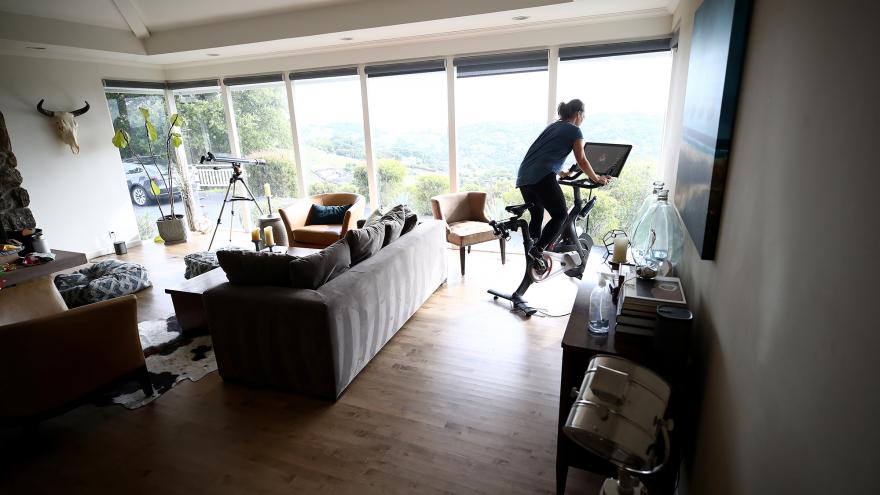 (CNN) -- Peloton shares sank 20% Thursday after it was reported to have temporarily halted production of its bike and treadmill products because of waning consumer demand.

CNBC reported that Peloton plans to pause production of its $1,495 lower-end bike for two months and it's not making anymore Tread machines for six weeks beginning in February. Production of its Bike+, the higher-end bike that costs $2,495, was halted in December and won't resume until June, according to the report.

Internal documents viewed by CNBC said that the company executives are facing a "significant reduction" of demand for Peloton products because of its high prices and increased competition. Reportedly, there are "thousands of cycles and treadmills sitting in warehouses or on cargo ships, and it needs to reset its inventory levels," the news outlet said.

The news came a few days after Peloton quietly hiked the prices of its Bike and Tread beginning January 31. Customers will soon be required to pay $250 for delivery and setup for the Bike — a service that the company previously included in the price. Customers buying Peloton's Tread will be charged a $350 fee for delivery and installation starting later this month. It said that "continued constraints are driving up costs."

Peloton's stock has been battered in 2021 — losing 76% of its value — after skyrocketing in 2020. The company revealed in its most recent earnings report that sales of its stationary bikes and treadmills fell 17%. Those two machines are the company's bread and butter, making up 60% of its business.

Shares are down 28% for the year. Peloton reports earnings on February 8.