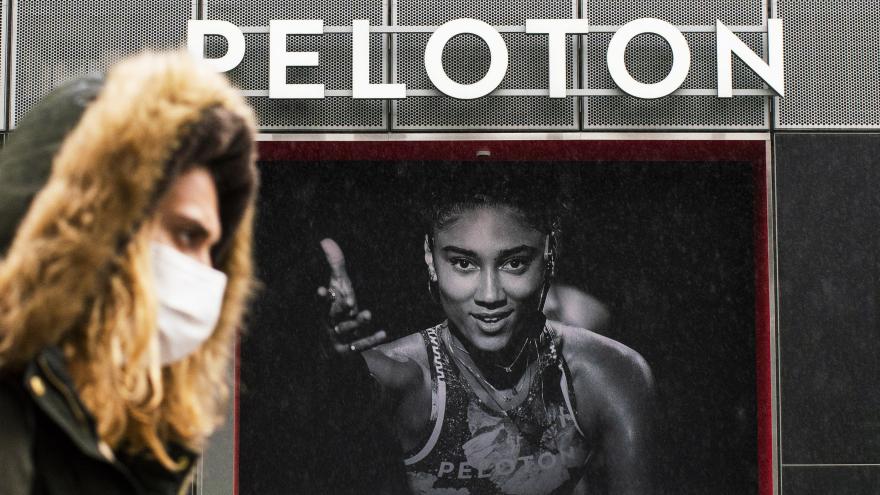 (CNN) -- Peloton is slashing jobs again, and this time it's also hiking prices on some of its products.

It's part of a major cost-cutting strategy as the beleaguered fitness company continues to make changes under its new CEO Barry McCarthy.

Peloton is laying off nearly 800 employees, McCarthy said in a staff memo that was first reported by Bloomberg. It's part of an effort to "become more efficient, cost effective, and agile," Peloton said in a statement to CNN Business.

"We have to make our revenues stop shrinking and start growing again," McCarthy wrote. "Cash is oxygen. Oxygen is life."

Other changes include "significantly reduc[ing]" 86 retail stores in North America, as well as outsourcing delivery — which is currently done by Peloton employees — and customer service to third parties.

As people return to gyms, Peloton has been struggling to maintain its electric growth from the early days of the pandemic. Bike and subscription sales have stagnated. The company has too much inventory, and demand is on the decline.

McCarthy has an uphill climb

McCarthy, a former tech executive, joined the company in February and has been tasked with a challenging turnaround.

Peloton had said in May that it had just $879 million in cash in the bank at the end of the quarter, which has left it "thinly capitalized," McCarthy noted in his memo. That forced the company to borrow $750 million in five-year debt from Wall Street to keep its operations running.

In an analyst note, managing director of GlobalData Neil Saunders said the changes are a "continuation of the company trying to right-size itself after grossly overestimating post-pandemic demand for its products."

"While Peloton has already taken some corrective action, its losses are spiraling out of control and there is a desperate need to course correct to stabilize the balance sheet and restore investor confidence," Saunders wrote.

Employees who will be affected by the layoff piece of that strategy include its customer support team, warehouse employees and the staff that performs delivery and installation. After Friday's layoffs are completed, Peloton will have about 5,000 employees.

The memo comes one month after Peloton announced it will stop making its own equipment and outsource it to a Taiwanese manufacturer, a significant change. That move alone resulted in the layoff of about 600 employees at Tonic Fitness Technology, a company it bought in 2019 to make its equipment.

Peloton shares rose nearly 10% in afternoon trading on the news. The stock is down about 90% from the all-time high it reached in late 2020.