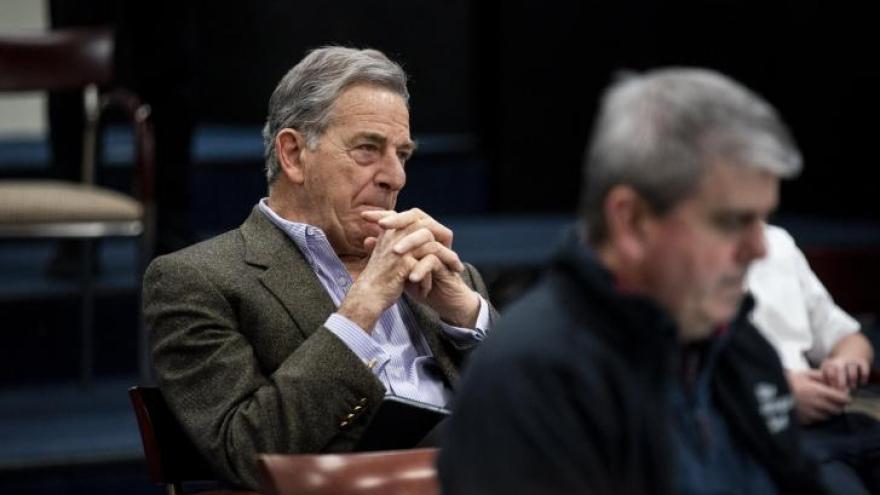 Paul Pelosi, seen here at a news conference on Capitol Hill in 2020, is charged with DUI.

(CNN) -- House Speaker Nancy Pelosi's husband was arrested and charged with driving under the influence after being involved in a collision Saturday night, law enforcement officials said.

Paul Pelosi, 82, was arrested at 11:44 p.m. PT and charged with driving under the influence and driving with a blood alcohol content of 0.08% or higher, according to the Napa County Criminal Justice Network's public booking report. Both charges are misdemeanors.

TMZ was the first to report the arrest.

Pelosi was attempting to cross SR-29 when his 2021 Porsche was hit by a 2014 Jeep traveling northbound on the road, according to a collision report from the California Highway Patrol, which doesn't identify either driver as being at fault in the crash. Troopers were called to the scene just before 10:30 p.m., the report said.

There were no injuries reported in the crash and the Jeep's driver was not arrested, the report said.

CNN has reached out to the highway patrol and the Napa County Sheriff's Office for additional details.

Bail was set at $5,000 according to the booking report, and records indicate Pelosi was released Sunday morning.

"The Speaker will not be commenting on this private matter which occurred while she was on the East Coast," a statement from Drew Hammill, Pelosi's spokesperson, said. CNN reached out for an updated statement after the collision report was released.

The speaker was in Rhode Island on Sunday to speak at Brown University's commencement ceremony.

Paul Pelosi, a native of San Francisco, has been married to Nancy Pelosi since 1963. The two have five children.