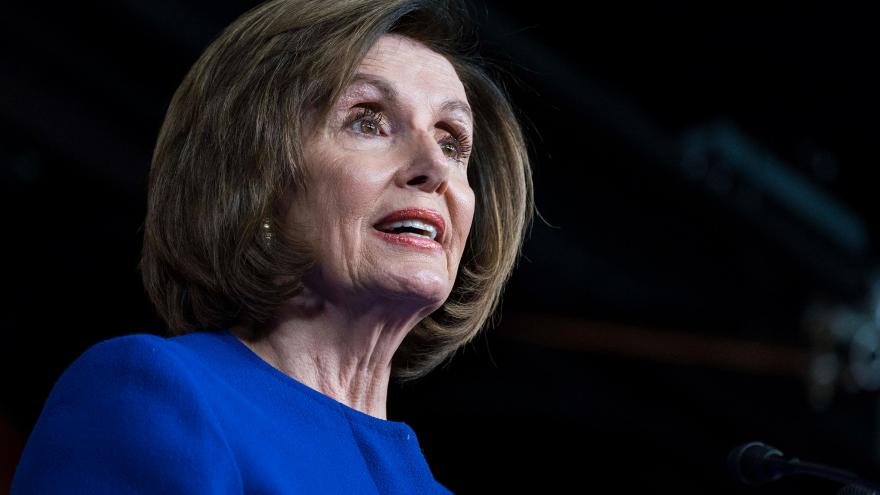 (CNN) -- House Speaker Nancy Pelosi said Sunday she and Treasury Secretary Steven Mnuchin must reach an agreement within 48 hours if they want to pass a coronavirus stimulus relief bill before Election Day.

"The 48 only relates to if we want to get it done before the election, which we do," Pelosi said in an interview on ABC's "This Week." "But we're saying to them we have to freeze the design on some of these things. Are we going with it or not? And what is the language."

Senate Majority Leader Mitch McConnell announced on Saturday there would be votes on stimulus measures, including a stand-alone Paycheck Protection Program bill to help small businesses, on Tuesday and Wednesday. But Democrats, who are expected to block McConnell's effort, have been pushing for a larger deal, banking on on-again, off-again talks that Pelosi has had with Mnuchin for months.

Pelosi's office told CNN Sunday that the 48 hours refers to the end of the day on Tuesday and that they need answers to key outstanding questions by then or they won't be able to get a bill passed before the election. Negotiations would still continue after Tuesday if a deal isn't reached, but it wouldn't get done in time before Election Day.

The California Democrat also said during the interview with ABC the White House has watered down language Democrats have been pushing to create a national plan for Covid-19 testing and contact tracing. She also noted that the Trump administration had changed much of the language on testing and tracing after the two sides seemingly came to an agreement last week.

"They took out 55% of the language that we had there for testing and tracing," Pelosi said, and noted that they are "seeking clarity" on the details of the language.

The Trump administration has attempted to negotiate with House Democrats, but a breakthrough has remained far out of reach throughout the course of the summer. Negotiations over a sweeping coronavirus relief package have stalled as Democrats have been pushing for a relief bill with a price tag of more than $2 trillion.

The pressure to strike a deal has become increasingly urgent with unemployment levels elevated, an epidemic of small business closures, and the end of the direct payments and enhanced unemployment insurance that helped float families and individuals throughout the pandemic-created economic shutdowns.

The pending result, according to economists, could be devastating if Congress and the Trump administration do not reach an agreement.