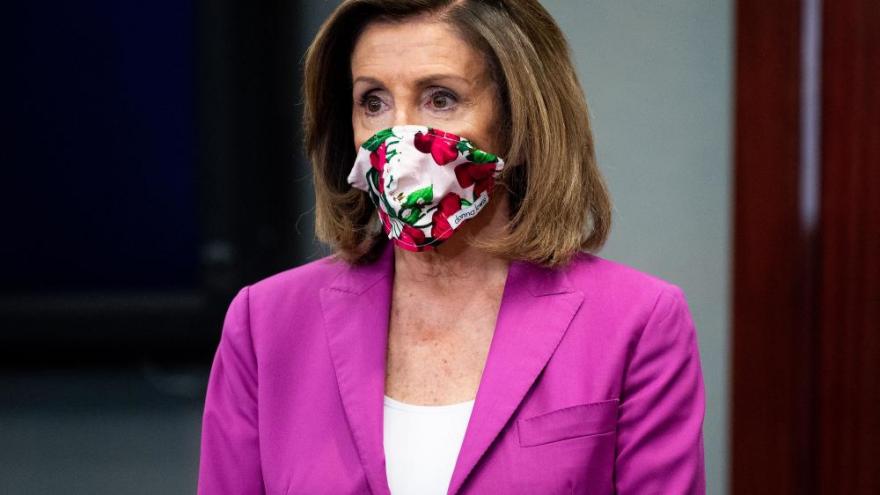 Pelosi says 4 portraits of former House speakers who served in the Confederacy to be removed Friday.

(CNN) -- House Speaker Nancy Pelosi sent a letter to the House Clerk on Thursday asking for the removal of portraits of four former speakers of the House who served in the Confederacy, the latest effort by Congress to reexamine Capitol Hill's relationship to Confederate leaders and symbols.

Pelosi originally said at her news conference that the clerk would oversee removal of the portraits on Friday, but later her office announced plans to remove the portraits Thursday afternoon. The portraits were removed later in the day on Thursday.

Friday marks Juneteenth, the holiday that commemorates the date that Union Army Maj. Gen. Gordon Granger rode into Galveston, Texas, and told slaves of their emancipation. The holiday is the oldest regular US celebration of the end of slavery.

Pelosi said Thursday she wasn't aware until recently that the former speakers served in the Confederacy.

The former House speakers in question include Robert Hunter of Virginia, Howell Cobb of Georgia, James Orr of South Carolina and Charles Crisp of Georgia.

"There is no room in the hallowed halls of Congress or in any place of honor for memorializing men who embody the violent bigotry and grotesque racism of the Confederacy," Pelosi wrote in the letter.

Weeks of protest sparked by multiple episodes of high-profile episodes of police brutality have touched off a debate on Capitol Hill over the display of Confederate-era symbols.

Over in the Senate, Senate Democrats attempted on Thursday to pass a bill by unanimous consent to remove Confederate statues from Capitol, but the effort was blocked by a GOP objection.

Senate Democratic Leader Chuck Schumer and Sen. Cory Booker, a Democrat from New Jersey, tried to pass their bill by unanimous consent to remove Confederate statues from the US Capitol. Booker said the statues represent "hurt" and "pain" and don't belong in the Capitol. Schumer said they honor men who are traitors and fought against the US to advance slavery.

Rules Committee Chairman Roy Blunt, a Republican from Missouri, objected to their request arguing that the current law allows states to decide who they want to honor in the Statuary Hall collection and therefore it's up the states to decide to replace them not Congress. He noted that several states already have removed Confederate statues and others are moving to remove them. Blunt also said he supports changing the names of military bases named for Confederates and said that is up to the Congress to decide, not the states where the bases are located.

This story has been updated to reflect that after Pelosi stated earlier on Thursday that the House Clerk would oversee removal of the portraits on Friday, Pelosi's office later announced the removal would take place on Thursday.