Pelosi expected to send article of impeachment to Senate next week 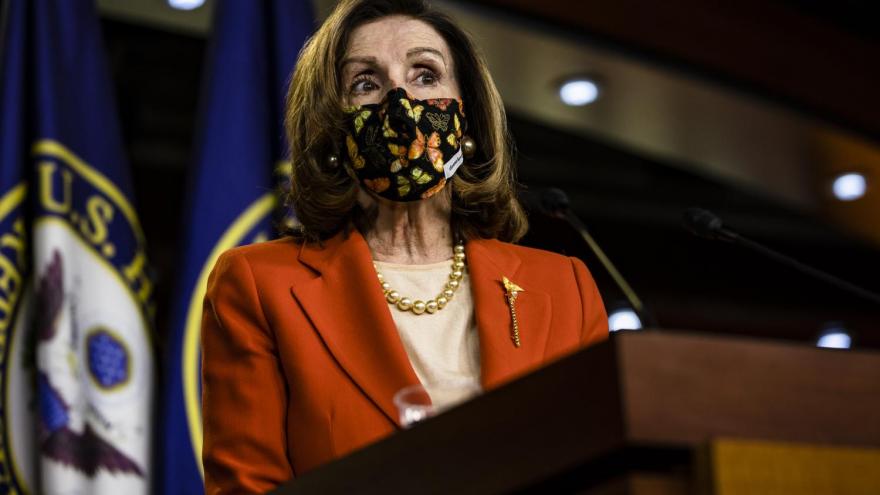 Speaker of the House Nancy Pelosi (D-CA) speaks during a press conference at the U.S. Capitol on January 15, 2021 in Washington, DC.

(CNN) -- House Speaker Nancy Pelosi is expected to send the House's impeachment article to the Senate next week, according to a source familiar with her thinking, which will kickstart the beginning of the trial, though Pelosi would not say publicly Friday when she will do so.

Pelosi's decision on when to formally transmit the impeachment resolution to the Senate comes as Democrats on both sides of the Capitol and in the incoming administration wrestle with how to balance the impeachment trial with President-elect Joe Biden's agenda. It's not clear which day Pelosi will send the article, and she didn't offer any hints when asked at her news conference on Friday, a sign that the situation is fluid.

According to a spokesman for Pelosi, no decision on timing has been made.

"In terms of the timing, as I mentioned, one week ago, on January 6th, there was an active insurrection perpetrated on the capitol of the United States incentivized by the President of the United States," Pelosi said Friday. "One week later, Wednesday to Wednesday, that President was impeached in a bipartisan way by the House of Representatives. So urgent was the matter they're now working on taking this to trial, and you'll be the first to know when we announce that we're going over there."

The timing for the House to transmit the article is notable because the Constitution requires the Senate to begin the trial at 1 p.m. ET the following day.

The Senate comes back into session on January 19, the day before Biden's inauguration, meaning the impeachment trial could start one hour after Biden is inaugurated on January 20, though aides expect the earliest it starts would be January 21.

The Biden team and Senate Democrats, who will take control of the chamber when Biden and Vice President-elect Kamala Harris are sworn in, are hoping to be able to separate the Senate's day, so the Senate works to confirm nominees and consider legislation in the morning and conducts the trial in the afternoon. But that plan would require the consent of every senator.

Pelosi did not respond to a question Friday on whether she would hold the article indefinitely. When the House impeached Trump in 2019, Pelosi held onto the articles for several weeks in a standoff with the Republican-led Senate over the logistics of the trial.

Democrats are still trying to determine how long the trial should last as they try to convict President Donald Trump for "incitement of insurrection." The House voted to impeach him Wednesday on the single article 232-197, with 10 Republicans supporting impeachment.

Another key question for Democrats is whether to call any witnesses, like Georgia Secretary of State Brad Raffensperger, whose call with Trump where the President asked him to "find" votes was cited in the impeachment resolution.

Pelosi on Tuesday named nine House impeachment managers for the trial, led by Maryland Rep. Jamie Raskin. She said Friday that the managers were "solemnly and prayerfully preparing for the trial, which they will take to the Senate."

Regardless of the exact timing, the Senate trial is likely to begin when Trump is no longer President, and some of the President's allies and GOP senators have argued there are constitutional problems with trying Trump when he's a private citizen.

Still, many Senate Republicans, including Senate Majority Leader Mitch McConnell, believe there's no question that Trump committed impeachable offenses, but they are torn on whether that means they should cast a vote to convict him.