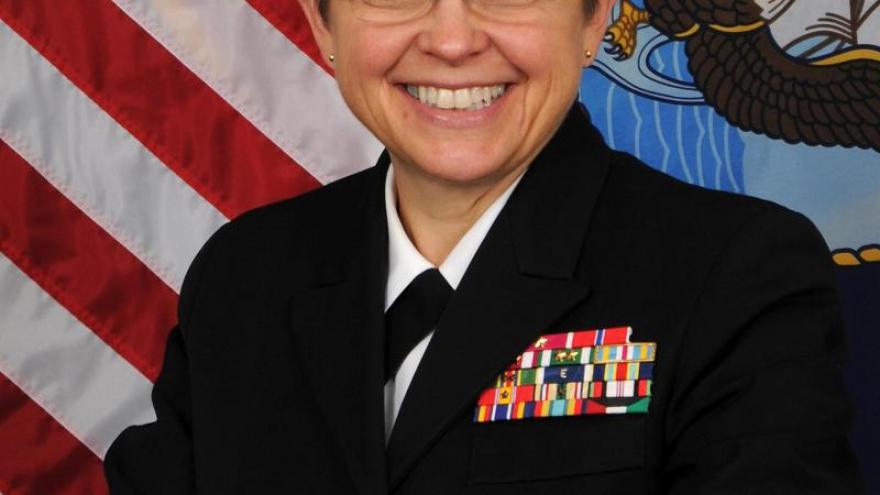 House Speaker Nancy Pelosi has appointed Rear Adm. Margaret Grun Kibben as chaplain of the House of Representatives — the first woman to serve in the role in either chamber, Pelosi's office announced Thursday.

(CNN) -- House Speaker Nancy Pelosi has appointed Rear Adm. Margaret Grun Kibben as chaplain of the House of Representatives — the first woman to serve in the role in either chamber, Pelosi's office announced Thursday.

"Kibben brings decades of decorated experience in the military and the ministry, as a retired Rear Admiral who served as the U.S. Navy's Chief Chaplain and the chaplain of the Marine Corps," Pelosi said in a statement. "Her integrity, experience and patriotism will serve the Congress and the Country well, as she ministers to the needs of Members."

A Presbyterian minister who joined the Navy in 1986, per her Navy biography, Kibben has longstanding experience as a member of the military clergy, and this isn't her only notable first. In 2014, she was sworn in as the first female and 26th US Navy chief chaplain, directing the department's religious ministry until 2018. Prior to that, she served as the 18th chaplain of the United States Marine Corps starting in 2010 and as the deputy chief of chaplains of the United States Navy, the first woman to serve in each role.

Pelosi on Thursday thanked the bipartisan group of representatives that provided Kibben's recommendation, which she said she and House Minority Leader Kevin McCarthy had accepted.

She also thanked retiring chaplain Rev. Pat Conroy for serving as "a spiritual and moral anchor for Members, grounding our institution in the values of faith and country and reminding our Members of our responsibilities to our great nation and constituents."

In 2018, Conroy submitted his resignation letter before rescinding it in a letter alleging that then-House Speaker Paul Ryan's chief of staff, Jonathan Burks, had told Conroy that they wanted a non-Catholic chaplain -- an account Burks denied.

Ryan said the following month that he accepted Conroy's decision to rescind his resignation, following a week's worth of questioning from lawmakers from both parties about Ryan's request that Conroy step down.