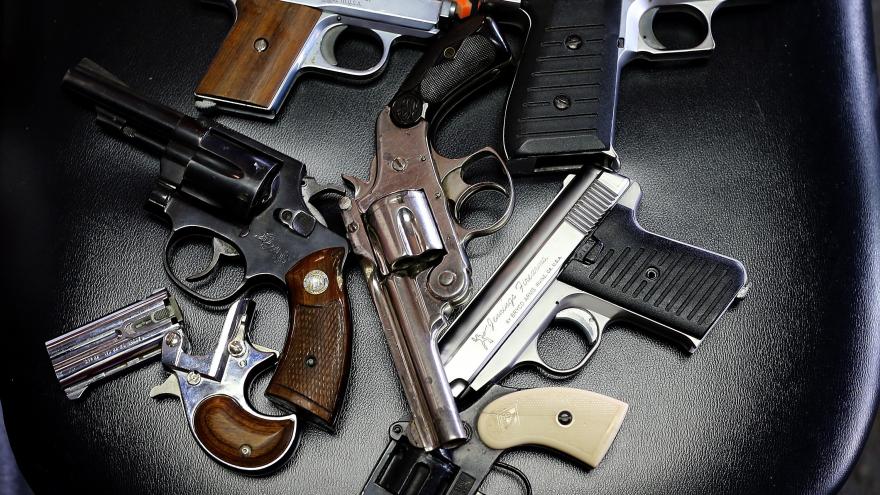 (CNN) -- Talking about guns can be difficult, even for physicians.

That's according to a new study published Monday in JAMA Pediatrics. The study found that pediatricians and pediatric residents were less likely to ask their patients about gun storage safety than smoke alarm safety — indicating an overall hesitation in bringing up gun safety with their patients.

A team of doctors and researchers analyzed health records collected between January 2017 and July 2018. The team added questions about gun storage safety and smoke alarm safety to questionnaires completed during regularly scheduled pediatric check-ups during that time.

From there, researchers looked at how often pediatricians and residents were asking these questions.

They found that pediatric residents and doctors asked about smoke alarms in 78% of the 16,576 visits studied, whereas guns were asked about in 54% of visits. The study was conducted at an academic pediatric primary-care clinic with 77 residents and 26 faculty.

Why does this matter?

The rate of suicide in the US by firearms in people between 10 and 19 years old has increased since 2008, the paper states. Furthermore, approximately 4.6 million of US children, or 7%, live in households with at least one gun that is loaded and unlocked, according to the study

"Safe storage of guns and ammunition may decrease the occurrence of self-inflicted or unintentional firearm injury to children, and interventions by pediatricians may increase safe firearm storage," the paper reads.

That's why the fact that pediatricians and residents skipped the gun question in so many cases is significant. Stipelman said the numbers may be due to fear of damaging the parent-doctor relationship, as it takes time to build a strong bond of trust.

"What it says to me is that we need to learn how to ask, and we need to have this conversation," Stipelman said.

Researchers noted that patient ethnicity or race, physician clinical experience, or the physician's sex had no association with documentation.

The effect of mass shootings

Researchers noted that after the shootings in Las Vegas in 2017 and in Parkland in 2018, residents were asking about gun safety less and less each week after both incidents.

This may have been due to trauma, Stipelman said, but she couldn't say for sure.

"Avoidance is a common response to trauma," she told CNN. "A mass shooting is a shared community traumatic event, so I believe the resident doctors are protecting themselves and perhaps their patients from retraumatizing themselves by bringing up the topic."

The pediatricians, meanwhile, stayed relatively stable in asking questions throughout the shootings. Stipelman attributed this to having more experience than the residents, who are recent medical school graduates.

"After years of being a physician, you learn how to continue to function as a professional within the context of trauma," she said.