Pediatrician fatally shoots another doctor and himself during hostage situation in Austin, Texas, police say 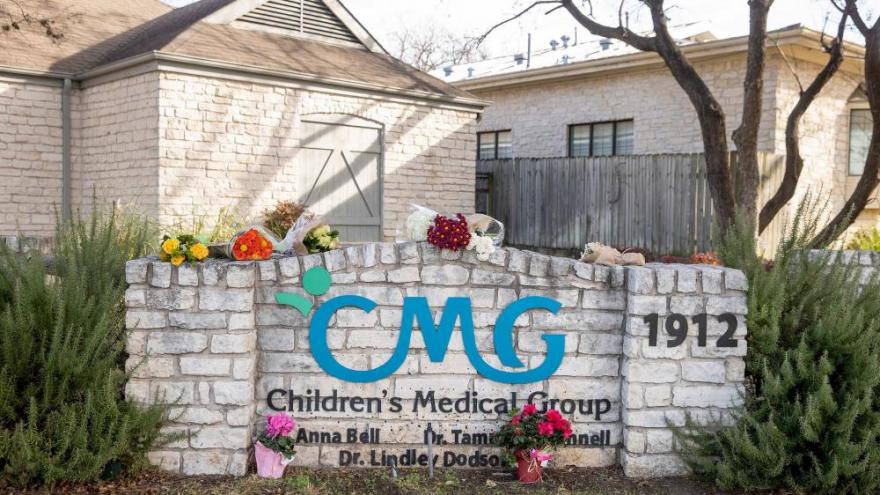 Flowers are left at Children's Medical Group on West 35th Street on January 27, 2021.

(CNN) -- A pediatrician diagnosed with terminal cancer killed another pediatrician during a hostage situation before turning the gun on himself, according to an Austin Police Department news release.

Dispatchers received a call on Tuesday saying a man walked into the offices of Children's Medical Group with a gun and was holding hostages inside the building.

Initially, several hostages were being held, police said, but some escaped and others were allowed to leave, except Dr. Katherine Dodson, a pediatrician at CMG. Hostages told officers the man was armed with a pistol and what appeared to be a shotgun, police said. He also had two duffel bags.

The armed man was identified as Dr. Bharat Narumanchi, 43, a pediatrician who was recently diagnosed with terminal cancer, police said. Records show he had resided in multiple states and that his last state of residence was California.

He had visited the CMG office a week prior to the shooting and applied for a volunteer position, police said. Other than his recent visit, police were unable to find a connection between Dodson and Narumanchi.

Hostage negotiators then arrived on scene and tried to make contact with Narumanchi, but were unsuccessful. After repeated attempts, SWAT officers entered the building where they found Dodson and Narumanchi dead from apparent gunshot wounds.

"It appeared that Dr. Narumanchi shot himself after shooting Dr. Dodson," according to the police department's news release. The incident is still under investigation.

The Travis County Medical Examiner will be conducting an autopsy to determine the official cause and manner of death.

Flowers draped the sign of CMG Wednesday as the community mourned Dodson's death, according to CNN affiliate KEYE-TV.

Dodson, 43, joined CMG as a pediatrician in 2017, the medical center's website said. She was a native of Baton Rouge, Louisiana, and was married with three children, the website said.

"She has the nicest bedside manner," Michelle Sweitzer told KEYE. "She tells your children, 'I love you' and puts them at ease and is the sweetest, kindest caring doctor."