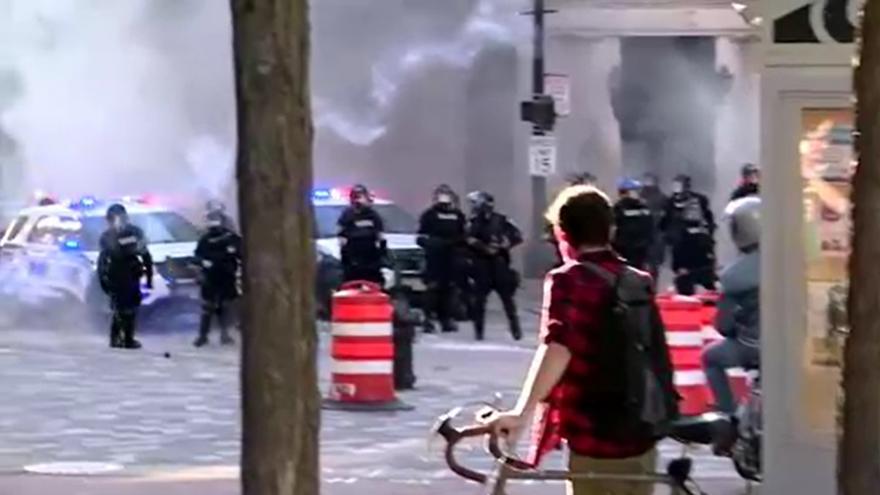 MADISON, Wis. (AP) — Hundreds of volunteers are cleaning up damage in downtown Madison following a protest over the death of George Floyd in Minneapolis last week that started peacefully before it turned violent.

More than a thousand people took part in a peaceful demonstration Saturday afternoon, but like many of the protests around the country over the death of Floyd, it later took a violent turn, with about 150 demonstrators throwing rocks at police in riot gear who fired tear gas back at them.

Police said Sunday that 75 stores were damaged or broken into and three people were arrested.

A police squad car was also burned. A spokeswoman for Gov. Tony Evers says the governor has authorized Madison authorities' request for help from the Wisconsin National Guard.