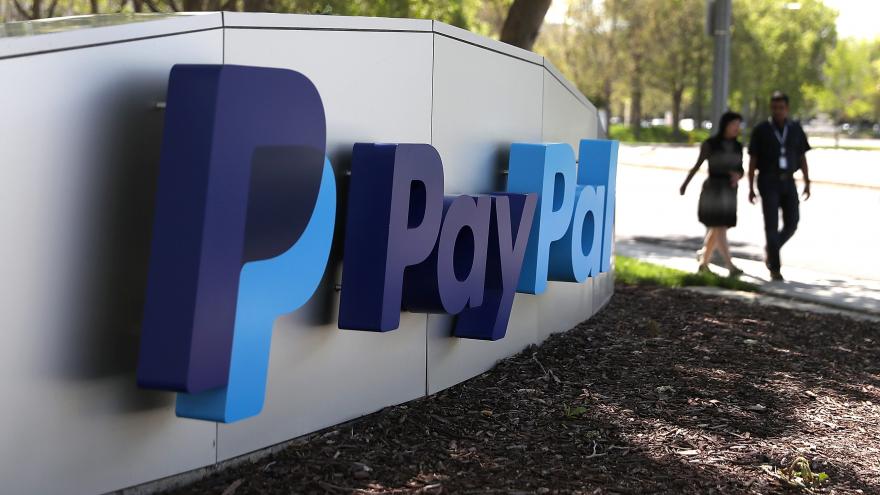 The US giant announced the mostly cash deal Tuesday night, which is worth 300 billion Japanese yen (about $2.7 billion).

In a statement, PayPal said that the acquisition was to extend its "capabilities, distribution and relevance in the domestic payments market in Japan, the third largest e-commerce market in the world."

The move comes just weeks after another big fintech firm, Square, said it would fork over $29 billion for Afterpay, the Australian company that also allows customers to pay for their purchases in installments. The acquisition is Square's largest ever.

Last month, Amazon also announced that it would team up with fintech service provider Affirm, to roll out its buy now, pay later function for some purchases over $50.

The two companies said that while the service was still being tested, "Amazon plans to make Affirm more broadly available to its customers" over the next few months. Affirm is led by CEO and founder Max Levchin, who is also a co-founder of PayPal.

Buy now, pay later offerings have grown in popularity as a way to reach younger consumers and keep up with the rapid shift to online shopping in the pandemic. Payment analysts have pointed to the trend as particularly popular among Millennials and Generation Z, who are wary of taking on credit card debt.

PayPal has recently ramped up its offerings in the space, announcing a tool last summer that would still allow retailers to get paid upfront even if customers chose to pay for purchases in installments over several weeks.

Paidy was founded in 2008 in Tokyo, and later won backing from marquee investors including Visa and Goldman Sachs.

The company has since become a market leader in Japan, reaching more than 6 million users and allowing "Japanese shoppers to make purchases online, and then pay for them each month in a consolidated bill at a convenience store or via bank transfer," according to PayPal.

Russell Cummer, Paidy's founder and executive chairman, said that Japan had proved to be "a vibrant environment" for the company's growth, as consumers there were receptive to new ways of making payments.

PayPalalready partners with Paidy on an existing service, which lets users connect other digital payment systems to their Paidy accounts.

PayPal said Tuesday that Paidy would continue to maintain its brand in Japan, and its current management team would stay on to lead the new entity.

"Paidy is just at the beginning of our journey and joining PayPal will accelerate our plans to expand beyond e-commerce and build unique services as the new shopping standard," Riku Sugie, the startup's president and CEO, said in a statement.

The $2.7 billion price tag more than doubles Paidy's last known valuation, which was $1.2 billion as of this March, according to CB Insights. That makes it one of Japan's top unicorns, or privately held startups worth more than $1 billion.

The deal is expected to close in the fourth quarter of this year.