Paul Ryan was 'sobbing' as he watched the US Capitol attack unfold, new book says 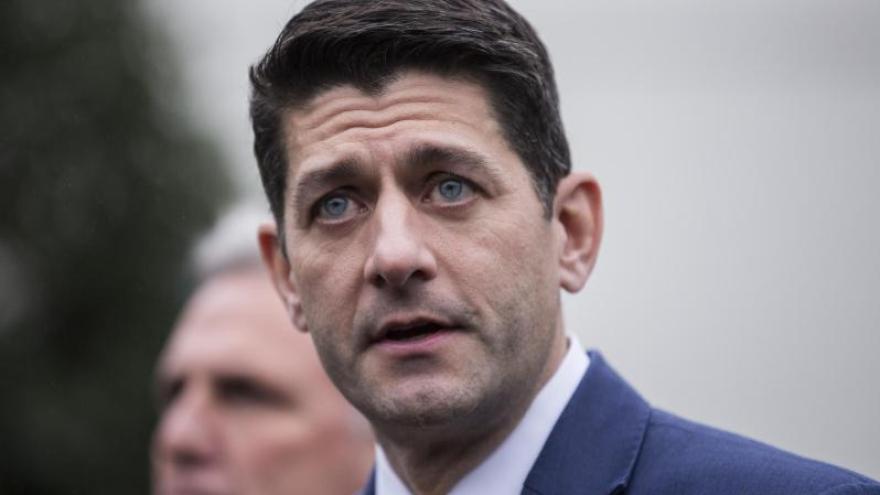 Former House Speaker Paul Ryan was 'sobbing' as he watched the US Capitol attack unfold, a new book says. Ryan left Congress in 2019.

(CNN) -- Former House Speaker Paul Ryan was "sobbing" as he watched the January 6, 2021, attack on the US Capitol unfold on television, a new book reports.

Ryan, who has criticized former President Donald Trump and his hold on the Republican Party, "found himself sobbing" during the insurrection, journalist Mark Leibovich writes in his forthcoming book, "Thank You For Your Servitude," a copy of which was obtained by CNN.

"I spent my whole adult life in that building," Ryan, who served as a Republican congressman from Wisconsin for two decades, later told Leibovich, according to the book. "And I saw my friends, a lot of cops, some of my old security detail -- I'm still friends with a bunch of those guys. It really disturbed me, foundationally."

Leibovich writes that Ryan told him he's not much of a crier, but "something snapped in him" as he watched the Capitol attack.

CNN has reached out to a senior adviser at Ryan's American Idea Foundation for comment.

Ryan has kept a relatively low profile since leaving Congress in 2019. He was seen as a rising star in the GOP -- he was the party's 2012 vice presidential nominee and was elected speaker at age 45 -- before facing a high level of scrutiny from Democrats and Republicans alike over his relationship with Trump, with whom he occasionally clashed but also partnered on Republican legislative priorities.

His departure from Congress was seen as a blow to GOP members who saw Ryan as a stable and policy-oriented leader in a party shaken by Trump's tumultuous presidency.

The Wisconsin Republican has previously decried the "horrifying" end to Trump's time in office, but Leibovich writes that Ryan never thought Trump's unfounded election grievances "would come to" the violence on January 6, 2021.

"Ryan figured the president would bitch and moan and maybe make a big show of 'fighting' for his supporters for a while. Everyone could feel good and victimized. But eventually Trump would just leave; hopefully, he would know to do this on his own. And everyone could then just get on with their lives," Leibovich writes in the book.

Leibovich writes that Ryan hadn't spoken with Trump since leaving Congress and "he expected never to speak to him again."

Noting Ryan's role on the board of the Fox Corporation, the parent company of Fox News, and alluding to the times as speaker that Ryan didn't stand up to Trump, Leibovich writes that Ryan was "not inclined to grapple with questions of complicity" in the attack.

"I was absolutely horrified," Ryan said broadly of the insurrection to Leibovich.