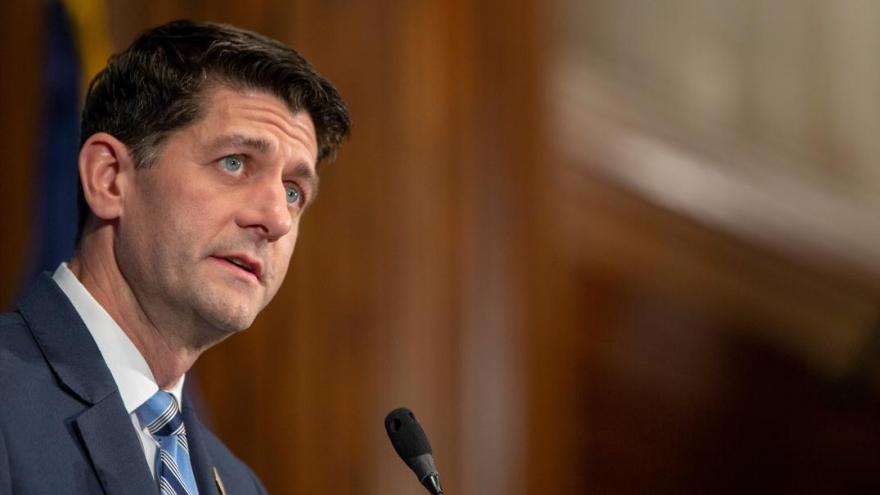 Former House Speaker Paul Ryan is set to criticize former President Donald Trump and his hold on the Republican Party during a speech May 27, according to excerpts obtained by CNN.

(CNN) -- Former House Speaker Paul Ryan criticized former President Donald Trump and his hold on the Republican Party during a speech Thursday night as he warned the GOP about drifting from the "core principles of conservatism."

Ryan, a critic of the former President in the past, said at the Ronald Reagan Presidential Library in Simi Valley, California, that Republicans must move away from the "populist appeal of one personality" because "then we're not going anywhere."

"Once again, we conservatives find ourselves at a crossroads. And here's the reality that we have to face: If the conservative cause depends on the populist appeal of one personality, or of second-rate imitations, then we're not going anywhere. Voters looking for Republican leaders want to see independence and mettle," Ryan said.

Punchbowl News was first to report excerpts of Ryan's speech.

Although Ryan didn't mention Trump by name in his criticism, the remarks by the Republican Party's 2012 vice presidential nominee add him to a growing list of establishment Republicans who are publicly objecting to Trump's grip on the party.

Like-minded Republicans, including Ryan's predecessor, John Boehner, have lamented the current direction of the party, which has actively rebuked and ostracized members who have taken on Trump and his brand of populist and nativist politics.

Thursday's speech signaled that Ryan plans to outline a path forward for the Republican Party in the Biden era. The only time he referenced Trump by name was to praise him for how, at the start of 2020, the US "was seeing such powerful and inclusive economic growth," though he suggested more credit is due to Reagan-inspired policy rather than Trumpism.

"It was the populism of President Trump in action, tethered to conservative principles," Ryan said.

In his speech, he also warned his fellow conservatives at being drawn into cultural battles with Democrats.

"As the left gets more 'woke,' the rest of America is getting weary. This stuff is exhausting. And we conservatives have got to be careful not to get caught up in every little cultural battle," he said. "Sometimes these skirmishes are just creations of outrage peddlers, detached from reality and not worth anybody's time. They draw attention away from the far more important case we must make to the American people."

Ryan also criticized President Joe Biden, claiming he is "pursuing an agenda more leftist than any president in my lifetime."

"In 2020, the country wanted a nice guy who would move to the center and depolarize our politics. Instead, we got a nice guy pursuing an agenda more leftist than any president in my lifetime. These policies might have the full approval of his progressive supporters, but they break faith with the middle-of-the-road folks who made the difference for him on Election Day," he said.

Ryan, who decided to retire from Congress in 2018, has kept a relatively low profile since leaving Capitol Hill. He was seen as a rising star in the Republican Party before facing a high level of scrutiny from Democrats and Republicans alike over his relationship with Trump, with whom he occasionally clashed.