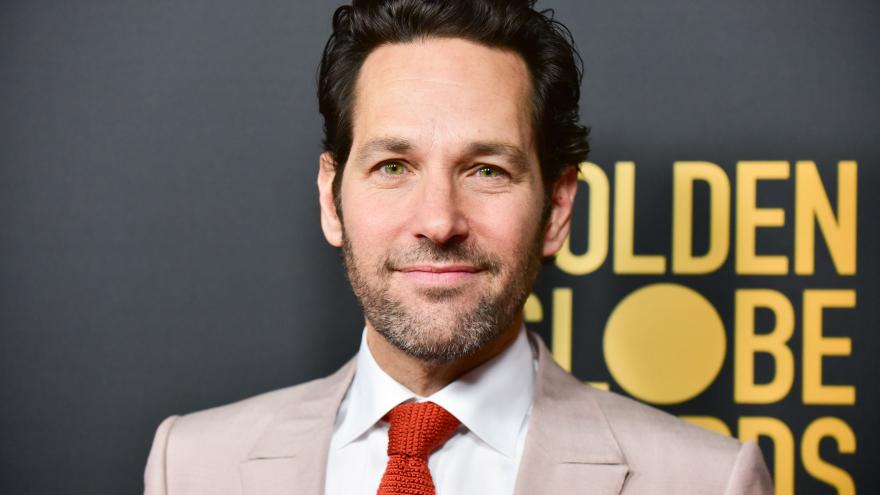 (CNN) -- From "Clueless" and "Friends" to the "Ant-Man" franchise, Paul Rudd has played everything from heartthrob to hero, and now, he's the Sexiest Man Alive.

Rudd earned the honor from People Magazine, which was unveiled in an extended comedy sketch of "The Late Show with Stephen Colbert" Tuesday night.

Colbert put Rudd through a series of "sexiness" tests, including a physical exam, a Westminster Dog Show-style judging round, and photo shoots as a construction worker and monk, to show off whether he could make anything sexy.

It culminated with Rudd pouring a gallon of water over his head, "Help me, I'm drowning in sexiness."

After all the tests, a serious-looking Colbert told Rudd he "tested negative for sexy," and as the actor began to walk away in apparent disappointment after thanking Colbert for the opportunity, Colbert and a roomful of people dressed in white lab coats begin to clap.

"There's nothing sexier than humility ... and you passed!" Colbert said, "Paul, you're the sexiest man alive."

"I'm the sexiest man alive?!" Rudd exclaimed in shock as he covered his mouth before being crowned, given flowers and a beauty-pageant banner reading, "SEXIEST MAN ALIVE."

The "Clueless" star told People Magazine he hopes he'll be invited to "some of those sexy dinners with Clooney and Pitt and B Jordan."

"I mean I'm going to lean into it hard. I'm going to own this. I'm not going to try to be like 'Oh, I'm so modest.' I'm getting business cards made," Rudd told the magazine.

Rudd stars in Sony's "Ghostbusters: Afterlife," which is slated to hit theaters later this month. He also starred in "Role Models," which he helped write, and held a feature role as Mike Hannigan on the hit sitcom "Friends."