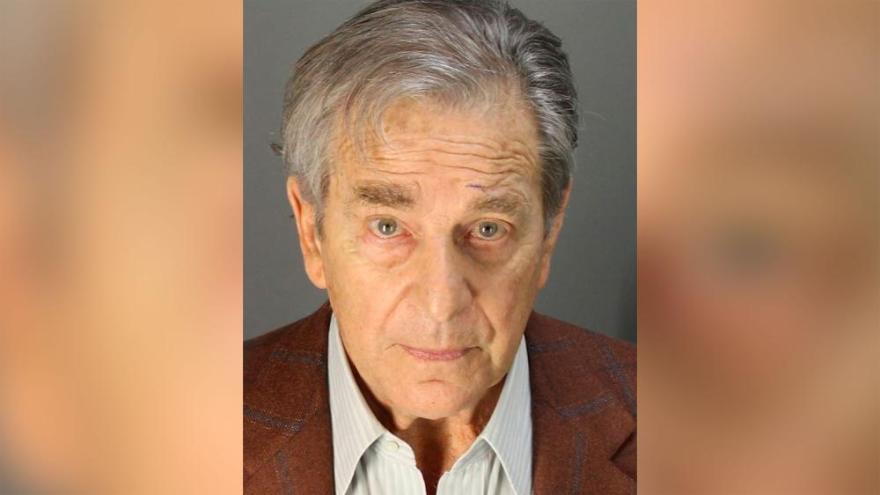 This booking photo provided by the Napa County Sheriff's Office shows Paul Pelosi on May 29 following his arrest on suspicion of DUI in Northern California.

(CNN) -- Paul Pelosi, the husband of House Speaker Nancy Pelosi, pleaded guilty on Tuesday to driving under the influence of alcohol in May.

Judge Joseph Solga sentenced Pelosi to five days in jail but he will receive credit for two days already served and two days for conduct credit. His remaining one day will be served through a court work program. Pelosi will be on probation for three years and pay upwards of $1,700 in fines.

The court also ordered an interlock ignition device to be installed on his vehicle for one year, restitution to remain in the court's jurisdiction and his attendance in a three-month drinking-driver class.

Amanda Bevins, Pelosi's lawyer, appeared on his behalf. Under California law, a defendant does not have to be present in the courtroom unless ordered by a judicial officer and they can appear through their attorney on a misdemeanor case.

Pelosi was arrested on May 28 after a nighttime collision with another driver in Napa, California. Earlier this month, he pleaded not guilty.

The 82-year-old had been attempting to cross SR-29 in late May when his 2021 Porsche was hit by a 2014 Jeep traveling northbound on the road, according to a collision report from the California Highway Patrol. The vehicles "sustained major collision damage," according to a criminal complaint.

The complaint noted that Pelosi was operating his vehicle "while under the influence of an alcoholic beverage and a drug and under their combined influence." Authorities said in the complaint that when asked for ID at the scene, Pelosi handed the officers both his license and an "11-99 Foundation" card. The foundation is the California Highway Patrol charity, which "provides emergency assistance to California Highway Patrol employees and scholarships to their children," according to its website.

A native of San Francisco, he has been married to Nancy Pelosi, a California Democrat, since 1963. The couple has five children.