Pat Quinn, the co-founder of the ALS Ice Bucket Challenge, dies at 37 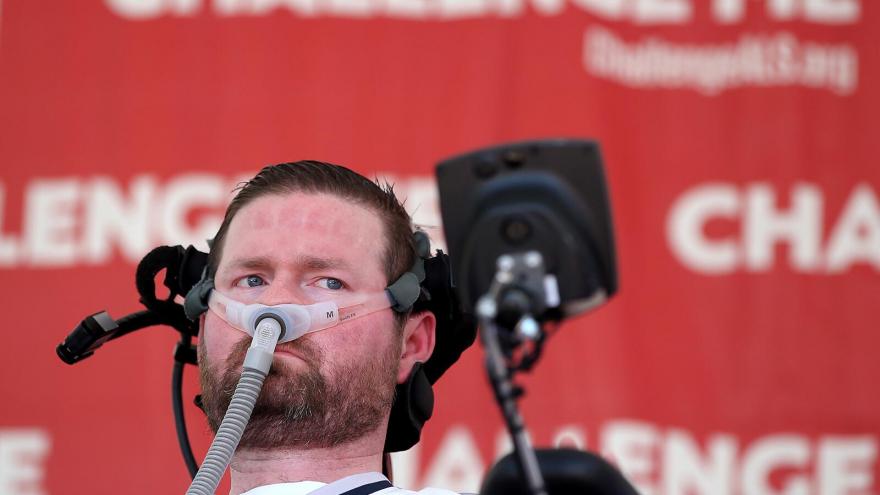 Pat Quinn, one of the co-founders of the viral ALS Ice Bucket Challenge, died Sunday at the age of 37, according to a statement from the ALS Foundation.

(CNN) -- Pat Quinn, one of the co-founders of the viral ALS Ice Bucket Challenge, died Sunday at the age of 37, according to a statement from the ALS Foundation.

The Ice Bucket Challenge went viral in 2014 with more than 17 million people participating by pouring ice water over their heads to raise awareness for ALS, commonly known as 'Lou Gehrig's disease.' Nationally, 2.5 million people donated $115 million to the ALS Association in what the organization said at the time was "probably the single largest episode of giving outside of a disaster or emergency."

"Pat fought ALS with positivity and bravery and inspired all around him. Those of us who knew him are devastated but grateful for all he did to advance the fight against ALS," the ALS Foundation said in a news release.

Quinn, who lived in Yonkers, New York, was 30 when he was diagnosed with ALS in March 2013. The ALS Association said that following his diagnosis, he established a group of supporters, "Quinn for the Win," to raise awareness and funds for the fight against ALS.

The "Quinn for the Win" group posted on its Facebook page Sunday that Quinn "was a blessing to us all in so many ways. We will always remember him for his inspiration and courage in his tireless fight against ALS."

Last December, Pete Frates, another man who popularized the challenge, died at age 34.

The Ice Bucket Challenge was a multimillion-dollar movement to help find a cure for ALS. To participate in the challenge, people dumped a bucket of ice-cold water over their heads, then challenged a friend to either do the same or donate money to the The ALS Association.

The ALS Association reported that it and its 38 chapters received $4 million in donations in just two weeks after the challenge appeared on social media. During that same period the year before, the association brought in $1.1 million.

Amyotrophic lateral sclerosis, more commonly known as ALS, is a progressive, neurodegenerative disease. It affects the nerve cells in the brain and spinal cord that make the muscles of both the upper and lower body work.

Its most famous sufferer was famed physicist Stephen Hawking, who died at the age of 76.

The disease is named after Lou Gehrig, the famous baseball player who retired in 1939 because of the condition. Other notable people who had it were actor David Niven, NBA Hall of Famer George Yardley and jazz musician Charles Mingus.

Little is known about the causes of the disease, and there is no cure. The condition is slightly more common in men than women.