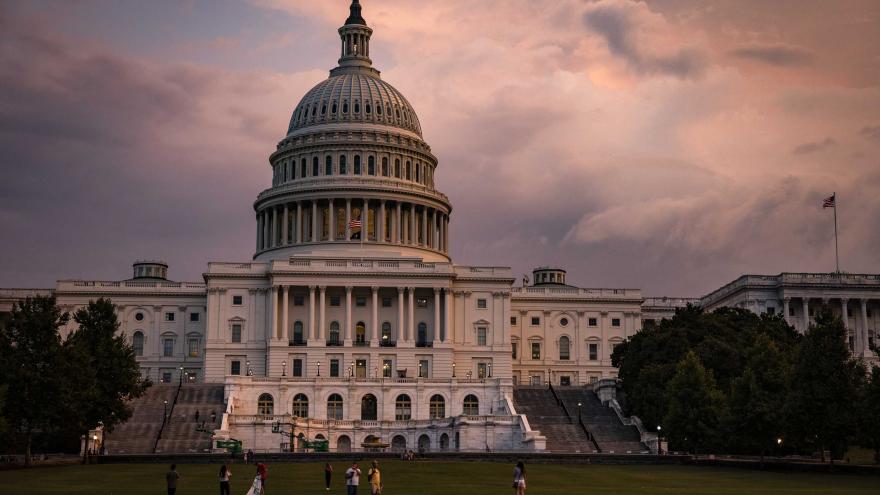 (CNN) -- A pastor who felt called by God to pray on the US Capitol grounds on the 20th anniversary of the September 11, 2001, terrorist attacks won't be able to, a federal judge decided on Thursday, because the security concerns around the building are still too great.

The Rev. Patrick Mahoney's short-lived legal challenge prompted Judge James Boasberg of the DC District Court to reflect upon the new reality around the Capitol, which remains restricted following the January 6 insurrection and as federal authorities continue to fear violence and large crowds.

During a court hearing Thursday, Boasberg brought up the insurrection, as well as an April attack where a man crashed a car into a barrier guarding the Capitol and killed an officer.

"Unfortunately what happened on January 6 may change the ability of many people to access the Capitol in the way they've done so traditionally in my lifetime," Boasberg told lawyers for Mahoney, to whom the Capitol Police refused to give a permit for his prayer vigil.

Mahoney's attorney, Joshua Dixon, said in court that because Mahoney felt called to pray in a specific location on the western front lawn of the Capitol -- and not a few yards away outside the area -- his freedom of religion was being denied, and a "quintessential public forum" was shut down. Dixon also noted that members of Congress have held gatherings on the Capitol grounds.

But a Justice Department lawyer, representing the Capitol Police, argued that the current security situation, including upcoming demonstrations planned for the Capitol grounds, prompted law enforcement to recommend keeping parts of the Capitol grounds closed to groups.

Boasberg agreed that was reasonable.

"People have died, and to say that the government can't assess security in these circumstances seems naïve," Boasberg told Mahoney and his lawyer.

Mahoney, in a statement following the hearing, said he was disappointed in the ruling but would "continue to passionately work to ensure the First Amendment and free speech are once again honored and celebrated on the grounds of the United States Capitol."

Several areas around the Capitol that previously allowed for permits are closed to groups larger than 19 people until further notice, according to the Capitol Police.

Since more restrictive fencing came down around the Capitol in July, 13 people and groups have asked for access to area 1 -- the area in front of the Western front of the building -- where Mahoney wanted to pray. Only members of Congress have been able to hold events in that area, according to documents in the case.