Passengers aboard a boat that sank near San Diego paid thousands to smugglers, authorities say 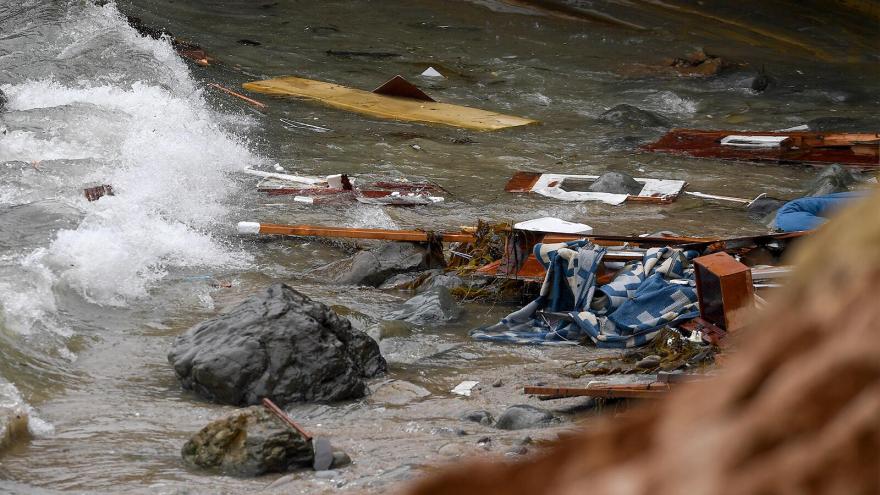 Passengers aboard a vessel that sank near San Diego on May 2 told investigators they each paid thousands of dollars to be smuggled into the US, according to a federal complaint filed May 5 against the suspected captain of the boat.

(CNN) -- Passengers aboard a vessel that sank near San Diego on Sunday told investigators they each paid thousands of dollars to be smuggled into the US, according to a federal complaint filed Wednesday against the suspected captain of the boat.

The boat hit a reef and broke apart near the Cabrillo National Monument in Point Loma around 10 a.m. PT, according to the complaint. Thirty-three people were pulled out of the water with three of the individuals found deceased.

One passenger remains in critical condition at a local hospital and two others are still receiving medical attention for their injuries as of Wednesday.

"Every indication from our perspective is that this was a smuggling vessel to smuggle migrants into the United States illegally," US Customs and Border Protection (CBP) Supervisory Agent Jeff Stephenson said at a news conference following the accident.

At least 26 of the surviving passengers were Mexican nationals who did not have legal status to enter the US, according to the complaint, citing a post-crash investigation conducted by US Customs and Border Protection. The three people killed were also determined to be Mexican nationals. One passenger told hospital staff that he is a citizen of Guatemala, the complaint said.

Twenty-six passengers admitted they were paying between $15,000 and $18,500 to be smuggled into the US, the complaint said.

Antonio Hurtado, a US citizen, was identified as the captain of the boat by many of the passengers when Border Patrol agents showed his photo in a lineup, according to the complaint. Hurtado is currently in federal custody for allegedly attempting to bring people into the US illegally and assaulting a Border Patrol agent during his arrest.

CNN is working to determine whether Hurtado has an attorney.

During Sunday's press conference, Brandon Tucker, CBP deputy director of air operations for the San Diego Air and Marine Branch, said the captain was "a bit out of it, but he is speaking to agents on scene."

Multiple agencies, including the Coast Guard, lifeguards and firefighters, responded to the area after the call came in for a multiple casualty incident.

Stephenson said the boat was "severely overcrowded" when the sinking occurred.

Some individuals were rescued from the water while others were able to walk or swim to shore on their own, Lifeguard Lt. Rick Romero with San Diego Fire-Rescue said Sunday afternoon. Injuries ranged from hypothermia to physical injuries sustained when the boat broke apart.

"Conditions were pretty rough, five to six feet of surf, windy, cold, water is around 60 degrees, so you get hypothermia pretty quickly," Romero said.

"The boat was on the reef, bouncing back and forth, and then just slowly disintegrated into a bunch of pieces, so there's no boat there, it's all debris."

While there were life jackets aboard the vessel, it's unknown how many passengers or crew were using them, he said.