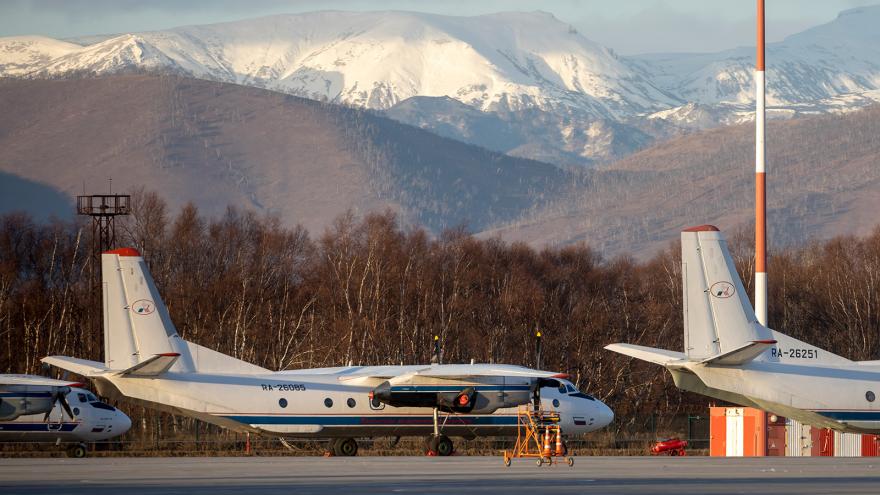 (CNN) -- A passenger plane with 28 people on board crashed into the sea off Kamchatka peninsula in Russia's far east on Tuesday, Russian state news agency RIA Novosti reported.

The plane, a Russian-built Antonov An-26 twin-engined turboprop, was flying from the regional capital Petropavlovsk-Kamchatsky to the village of Palana, in Kamchatka's north, when it missed a scheduled communication and disappeared from radar, according to local emergency and transport officials.

There were 22 passengers and six crew members on board, Russia's emergencies ministry said. Two passengers were children under the age of 12, according to Alexander Zabolichenko, deputy chairman of the Kamchatka government.

Search and rescue operations are underway. Several ships have been sent to search for the plane, RIA reported, citing emergency services.

"Rescue troops are ready to move from Palana to the aircraft's detection point," the regional government said in an official statement to Sputnik.

An investigation has been launched into safety compliance of the plane. "If violations are detected, prosecutorial response measures will be taken," Kamchatka transport prosecutor's office told Russian state news agency TASS.

The weather was cloudy and foggy at the time and the crash may have happened due to a piloting error in poor visibility, TASS reported, citing an emergency services source.