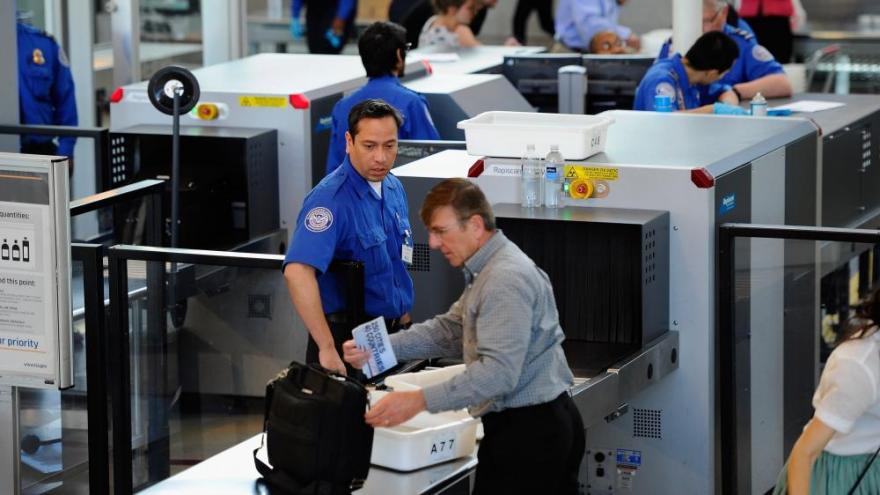 (CNN) -- A woman who carried a firearm onto a flight from Atlanta to Tokyo's Narita International Airport on January 3 returned to the US the same day she arrived in Japan, according to the country's Transportation Ministry.

On Monday, the United States Transportation Security Administration (TSA) disclosed that a passenger at Hartsfield-Jackson Atlanta International Airport passed through a TSA standard screening checkpoint with a firearm after standard procedures were not followed.

Japan's Transportation Ministry said there are no penalties for Delta Air Lines or TSA, but it does deem TSA responsible and asked the organization to take preventative measures.

The passenger had forgotten the firearm was in their carry-on luggage, the TSA said. The incident was not part of a test.

"TSA has determined standard procedures were not followed and a passenger did in fact pass through a standard screening TSA checkpoint with a firearm at Hartsfield-Jackson Atlanta International Airport on the morning of January 3," the release states.

Delta Air Lines also issued a statement to CNN, saying that "upon the customer's disclosure, the airline reported the incident to the TSA."

The security breach came two weeks into the government shutdown, during which TSA agents have been required to work but have not received paychecks. CNN first reported on January 4 -- a day after the breach -- that hundreds of TSA agents from at least four major airports had called in sick.

However, the TSA dismissed suggestions the government shutdown contributed to the security lapse and said a normal amount of staffers were working that day.

"The perception that this might have occurred as a result of the partial government shutdown would be false," TSA said. "The national unscheduled absence rate of TSA staff on Thursday, January 3, 2019, was 4.8% compared to 6.3% last year, Thursday, January 4, 2018. So in fact, the national call out rate was higher a year ago than this year on that date."

The TSA noted that it will "hold those responsible appropriately accountable."

TSA screeners have struggled to detect weapons even in the absence of a shutdown. In 2015, the acting administrator for the TSA was reassigned after a report found that airport screeners failed to detect explosives and weapons in nearly every test that an undercover team conducted at dozens of airports.

About 51,000 TSA agents are among the 800,000 government employees working without pay or on furlough during the shutdown. The Air Traffic Controllers Union, Aviation Safety Inspectors Union and various other groups and air travel experts have issued statements condemning the various consequences of the shutdown, but the TSA and aviation experts have said flying is still safe.

"Security standards will NOT and have NOT been compromised," said Michael Bilello, TSA assistant administrator for public affairs, on Twitter.

In an attempt to ease the financial pain caused by the government shutdown, the TSA announced Sunday that it would provide a day's pay for those who were on duty the day after the lapse in funding, and also award $500 bonuses for work during the holiday travel season.

"While I realize this is not what you are owed for your hard work ... and what you deserve, I hope these actions alleviate some of the financial hardship many of you are facing," TSA Administrator David Pekoske wrote.