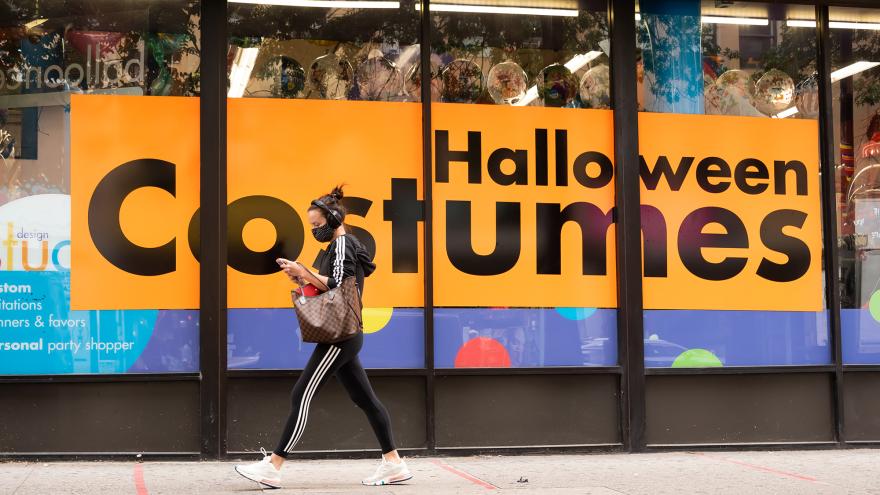 (CNN) -- Party City expects Halloween will be back with a vengeance this year — in a good way.

The seller of themed party products, clothing, decorations and other paraphernalia said it has upped its seasonal hiring ahead of the costumed festivities because it anticipates Halloween sales to be much more robust this year as celebrations return with pre-pandemic fervor.

Party City is hiring 20,000 workers in the coming weeks, outpacing the number of new employees it has hired in past years during this time period. The retailer last year hired 17,000 workers ahead of the Halloween season.

New positions, including team leaders, supervisors, sales and stock associates and cashiers, will be available in more than 750 Party City retail stores nationwide and in 150 Halloween City pop-up locations. The chain is opening more Halloween City pop-ups than in past years, increasing the need for more staff.

The company said about 10% to 15% of these temporary hires will be offered permanent jobs at the end of the season.

In a mood to celebrate

Celebrations of all kinds have come roaring back as more families reclaim their pre-pandemic lifestyles and Covid restrictions continue to ease.

"There's been a lot of pent-up demand and people are so ready to celebrate, " said Odette Welling, vice president of merchandising at Party City.

Specifically for Halloween, Welling said customers are picking up decorations and costumes well in advance, and some clear favorites have emerged.

She said two decorative items are already standouts: A 7-foot animatronic talking lava demon with fog effect and an animatronic zombie raccoon that pops out of a trash can.

"Yorrik, our 5-foot skeleton is always very popular," Welling added. "Yorrik is already selling very well compared to last year. We like to say we have a Yorrik for every home in America."

Movies and social media will again heavily influence costume trends this year. "Jurassic World, Hocus Pocus 2, Top Gun costumes will be big," she said. "Top Gun has been a huge success in costumes even before the sequel."

Celebrities and their social media antics have also inspired costumes in 2022. "Travis Barker and Kourtney Kardashian's wedding is an example. We have full chest tattoos this year for Halloween."

One item that's already in big demand — thanks to Harry Styles wearing it during a Madison Square Garden concert last week — is a Party City pink cowboy hat.

"Sales of that feather hat have blown up," Welling said.