Parts of Minnesota, Wisconsin get record snow for this early in October 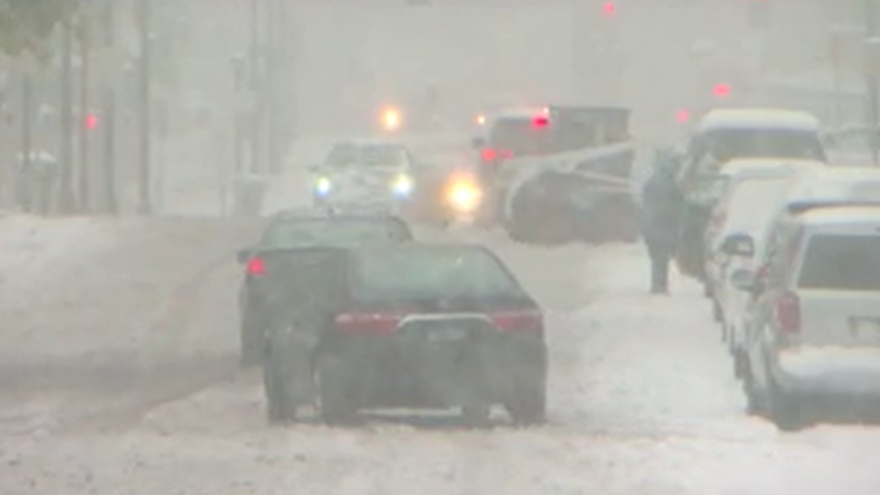 It was the heaviest snow this early in October for many Minnesota locations and some in northwestern Wisconsin. The National Weather Service said Lakeville and some other southern Twin Cities suburbs got around 9 inches of snow Tuesday in the region’s first significant snowstorm of the season, while the western Minnesota town of Sedan got 10.8 inches.

Drivers faced slow going during the evening rush hour in the Twin Cities. Many weather-related crashes were reported along Interstate 94 across the state. The Minnesota State Patrol reported around 350 crashes statewide by 4:30 p.m. Tuesday, along with about as many spinouts and vehicles off the road.

In Wisconsin, an American Eagle flight from Chicago skidded off the runway and got stuck in the snow while trying to land at Central Wisconsin Airport in Mosinee on Tuesday night. No one was injured. But snowy road conditions and speed were blamed in a crash that killed one person in the Dunn County village of Wheeler on Tuesday afternoon.

Travel was also difficult along many highways in the eastern Dakotas.

The weather service said widespread snow was possible again Thursday, with the amounts as high as 8 inches forecast from southern North Dakota and northern South Dakota into northeastern Minnesota.