Paris Jackson to Willow Smith: 'I feel like my dad would be proud' 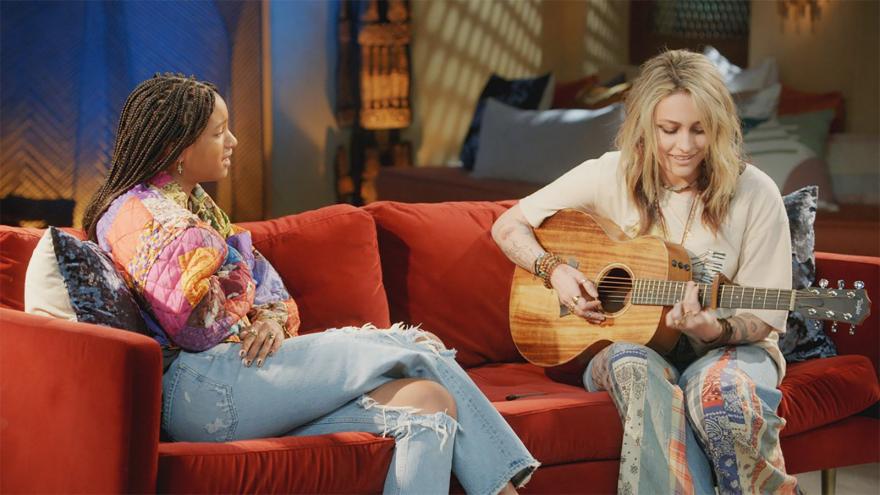 Jackson, 23, and Smith, 20, are children of superstars (musical icon Michael Jackson and actors Will Smith and Jada Pinkett Smith, respectively) and the pair talked about their commonalities in everything from mental health struggles to their search for their own identities and their attraction to both men and women.

Jackson joined Smith on the Red Couch and opened up about the trauma of being the child of one of the world's biggest stars.

"I experience audio hallucinations sometimes of camera clicks and severe paranoia," said Jackson, who said she remembers being stepped on as a child by paparazzi trying to get photos of her late father. "I've been going to therapy, for a lot of things, but that included."

Jackson said not knowing who she was, her age, the pressure of being who she is led to depression.

Eventually, she said, she came to "the radical acceptance that it just wasn't meant to be."

"It was like 'OK, OK, OK I've tried so many times (to attempt suicide) maybe it's just not my time' and that sucks," she said. "It was just the radical acceptation of when it's my time, it's my time and I'll wait it out until then and during that waiting time I've found just more and more joys in life and more ways to cope."

That includes camping -- something she and Smith have enjoyed together -- and her music.

Jackson signed a record deal last year and debuted her single, "Let Down."

She said she's shared some of her music with her mother, Debbie Rowe, whom Jackson didn't meet until she was 15 years old and with whom she now has a "chill" friendship with.

Jackson said music saved her life and when Smith, who is also a music artist, brought up that as children of famous parents there's a certain pressure, Jackson agreed.

"I feel like it's still there, probably there somewhere in the back of my head," Jackson said. "But the louder thing that competes is I feel like my dad would be proud."