Parents of 270 children separated at border under Trump have still not been found, court filing says 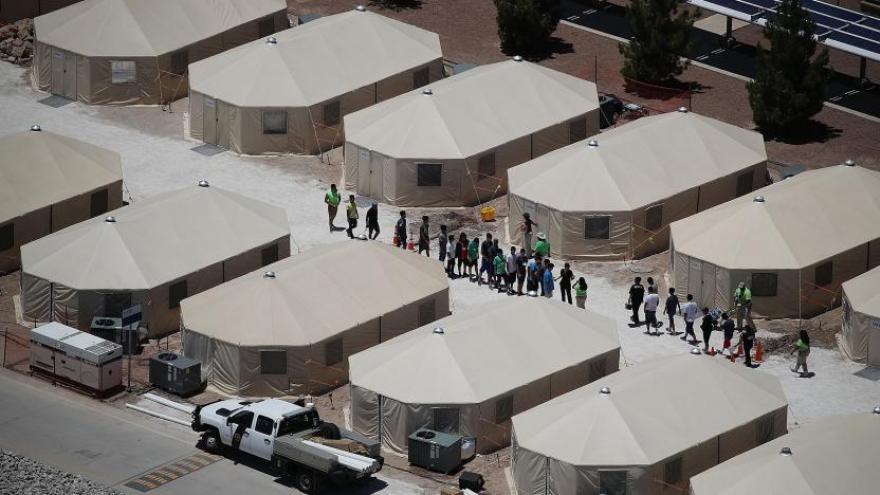 Attorneys are still trying to reach the parents of 270 migrant children who were separated at the US-Mexico border under the Trump administration, down from 303 in September, according to a federal court filing Wednesday.

(CNN) -- Attorneys are still trying to reach the parents of 270 migrant children who were separated at the US-Mexico border under the Trump administration, down from 303 in September, according to a federal court filing Wednesday.

The filing from the Justice Department and the American Civil Liberties Union is part of an effort to identify and reunite families three years after the so-called zero-tolerance policy was created.

Since September, the parents of 33 of those children whose whereabouts had been previously unknown have been found, according to Wednesday's filing.

The Biden administration has committed to helping reunite families as part of a family reunification task force. Since the creation of the task force, 58 children have been reunified with their parents in the United States, according to the filing.

As part of the effort, the Department of Homeland Security has established a process for accepting parole requests, the Department of Health and Human Services is working on facilitating services to support families and the State Department is developing a streamlined system for processing in-country travel document requests. The Justice Department is involved in related settlement negotiation efforts.

The Biden administration also launched a new website in September to help reunite families. The website -- Together.gov or Juntos.gov -- provides a registration form for families seeking to reunite and information for attorneys, as well as who qualifies. DHS previously listed information on its own website.

CNN previously reported that migrant families who were separated at the US-Mexico border under the Trump administration could also receive significant financial compensation as part of settlement negotiations between the Justice Department and the families' lawyers, but negotiations are ongoing.

President Joe Biden said Wednesday that families separated under the "zero-tolerance" policy will not receive payments of $450,000, but did not get into details about any possible monetary settlements for those families.

"That's not going to happen," he said.

The Wall Street Journal first reported that the federal government was considering payments of $450,000 per individual affected by the policy. The American Civil Liberties Union filed a class action lawsuit in 2019 seeking damages for the toll the separations took on families, and attorneys representing families have filed separate claims.