Parents' income might predict Covid-19 vaccination choices for their children 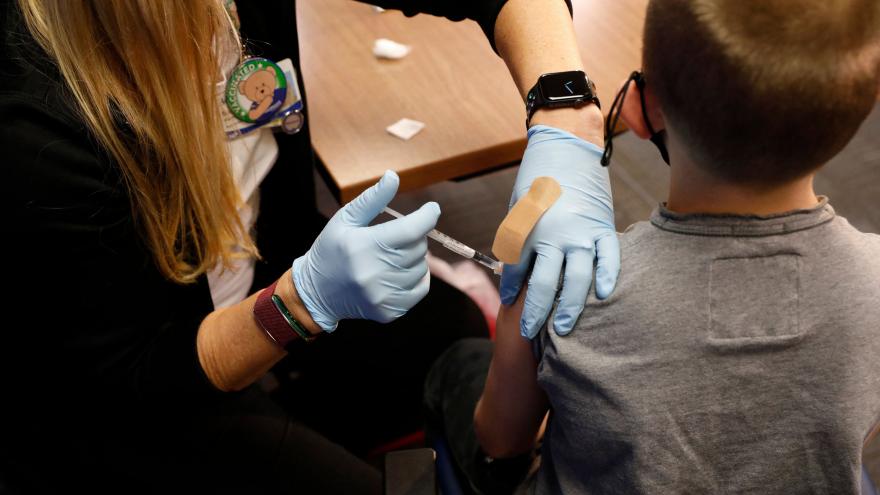 (CNN) -- Along with what state you live in and what political party you belong to, there's another factor that helps predict attitudes about vaccination: income.

A survey of more than 2,000 parents shows those who are wealthier are more willing to vaccinate their children ages 5 to 11.

Vaccinations for children in this age group began last week. Approximately 900,000 children ages 5 through 11 are expected to have received a first dose of the Pfizer Covid-19 vaccine by the end of Wednesday, White House officials said Wednesday, and about 700,000 appointments have been made at pharmacies for upcoming days.

"That trend line was absolutely clear from the lowest through the middle to the highest," said Dr. William Schaffner, a vaccine adviser to the US Centers for Disease Control and Prevention who was not involved with the poll.

Lower-income communities have been particularly hard hit by Covid-19. According to CDC data, counties with high levels of residents living in poverty have the highest cumulative death rates during the pandemic, with nearly 295 deaths per 100,000 people, compared with 183 deaths per 100,000 people in counties with the lowest levels of residents living in poverty.

The online poll of 2,331 parents of children ages 5 to 11 was conducted the week of October 25 by Momentive and Outbreaks Near Me, a team of epidemiologists based at Boston Children's Hospital and Harvard Medical School.

John Brownstein, co-founder of Outbreaks Near Me, said lower-income people might have a tougher time getting their child vaccinated.

"You might need time off work to get an appointment, or time off potentially if your child has symptoms after the shot," Brownstein said. "Unfortunately, the disparities that have been seen across the pandemic, especially around income, will persist even around vaccine access and younger kids."

According to a Kaiser Family Foundation poll conducted last month, about half of parents with household incomes under $50,000 said they were very or somewhat concerned about taking time off work to take their child to get the vaccine or recover from symptoms.

Nearly 4 in 10 lower-income parents in the survey said they were concerned about difficulty traveling to a place to get their child vaccinated.

Schaffner noted that people of higher income tend to have more education.

"With more education, you generally have more acceptance of science, and I think you're more likely to participate in these sorts of public health and other preventive measures as recommended by the medical community," said Schaffner, an infectious disease specialist at Vanderbilt University Medical Center.

'Meeting people where they're at'

"People have studied these kinds of issues, and there are lessons there on how to communicate with different populations," he said.

If the school identifies a student with limited vaccine access, the health department offers a referral to a team that will visit the family at home.

"This allows for us to truly meet people where they are and break down any barriers for receiving a vaccine," Reeves said.

The health department does home visits to vaccinate adults, also, and vaccinations in homeless shelters.

Reeves said the key to all this has been partnering with 700 organizations, including churches and community groups, to encourage vaccination, she added.

Together those strategies have worked.