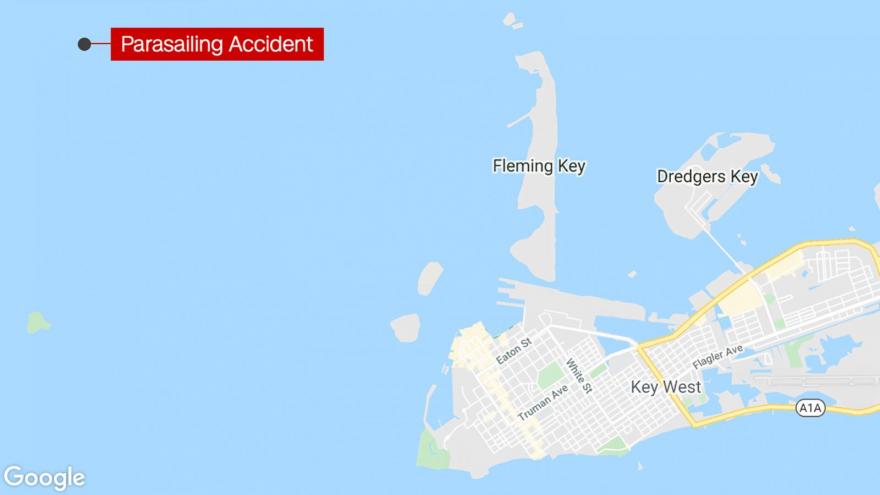 A parasailing accident in Key West, Florida, left a man dead and a woman severely injured.

Following the accident on Friday, the woman was airlifted to a trauma hospital, Officer Bobby Dube, spokesman for Florida Fish and Wildlife, told CNN.

A rental boat was on the water in Key West during "harsh weather," Dube said. The tourists were being lifted into the air when they fell into the water and were "severely injured," according to a Florida Fish and Wildlife Conservation Commission report obtained by the Miami Herald.

Hayward was a resident of Costa Rica and Silva is from Texas.

There were thunderstorms in the Florida Keys for most of the day on Friday, but whether that was a factor is part of the ongoing investigation, said Dube.