Pampers pledges to install 5,000 baby changing tables in men's restrooms across the U.S. 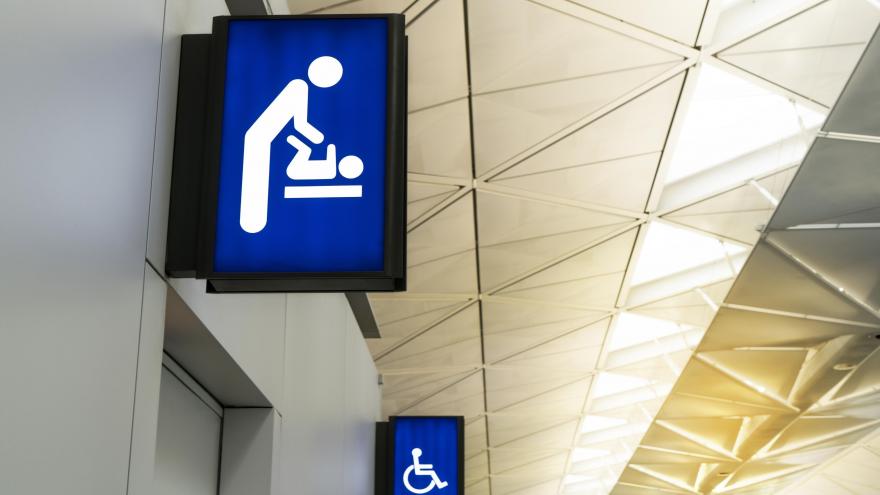 (CNN) -- From the trunk of a car to the lid of a piano, dads sometimes have to get creative when it's time to change their child's diaper without a changing station.

Pampers says it's time that men's restrooms catch up with the responsibilities of modern fathers.

The company announced an initiative to install 5,000 changing tables in men's restrooms across the U.S. and Canada. The announcement accompanies Pampers' new ad campaign, which encourages fathers to share moments they bonded with their child during a diaper change.

Along with changing table company Koala Kare, they'll start in "high-need locations" first, providing tables in cities including Cincinnati, Dallas and Detroit, specifically in public spots like parks and libraries. Some 500 locations are set to receive their new tables within the next few weeks, the company said.

In a video shared Monday, Pampers celebrity spokesperson and father of two John Legend joins everyday dads in sharing the makeshift changing stations they resort to when the real thing isn't available.

"Dads have to resort to all these maneuvers because there's no changing stations in our restrooms," Legend says.

The initiative went viral in October 2018, when Donte Palmer posted a picture of himself squatting against a wall in a Jacksonville, Florida restroom, using his legs as a makeshift changing table for his 1-year-old son. His post sparked a movement to install baby-changing stations in men's restrooms with the hashtag #SquatForChange.

Despite advancements, many men's restrooms are still changing table-free. In 2016, President Obama passed the Bathrooms Accessible in Every Situation, or BABIES, Act, which mandated changing tables in some, but not all, public bathrooms in a building. And rather than install them in every restroom, buildings must provide signage to the nearest station, often located in a women's stall. Restaurants and retailers are excluded from the measure, too.