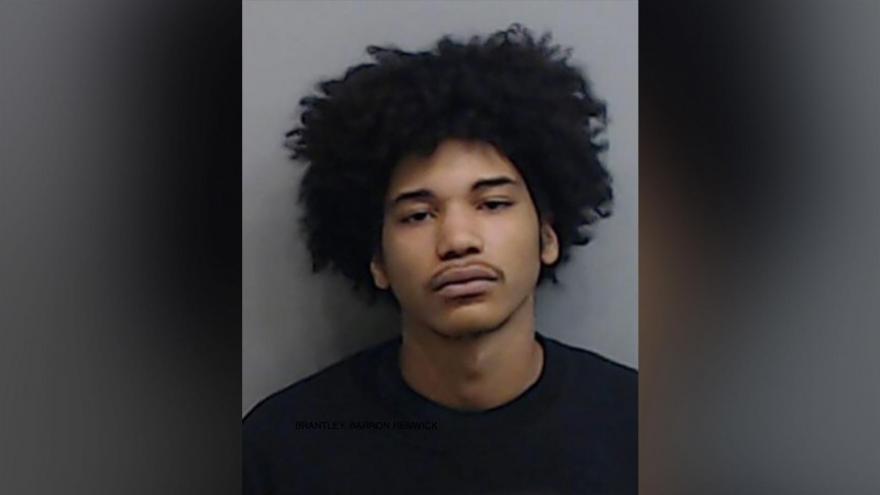 Barron Brantley, 21, is charged with murder in the death of Alexis Crawford.

(CNN) -- A former Clark Atlanta University student and her boyfriend have been indicted in the killing of her roommate, Alexis Crawford, prosecutors said Friday.

According to the Fulton County indictment, Jones and Brantley are alleged to have caused Crawford's death by suffocating her with a garbage bag. They are accused of placing the body into a trash bin and dumping it at a park in metropolitan Atlanta.

A public defender representing Brantley had no comment. CNN left a message for Jones' attorney.

Details about the killing emerged in court during a November preliminary hearing for Brantley.

Days before she vanished, Crawford filed a police report that described unwanted kissing and touching from Brantley, police said. The alleged sexual assault took place at their off-campus apartment, according to court testimony.

After the report was filed, Jones secretly allowed Brantley to stay in her bedroom without Crawford's knowledge, said Detective Michael Young of the Atlanta Police Department.

The night of Crawford's death, Jones and Crawford got into a physical fight, according to court documents obtained by CNN affiliate WSB-TV. It was at that point Crawford discovered Brantley was staying there when he came out of Jones' room and choked her in the early morning hours of October 31, Young said.

Young testified that after Brantley was taken into custody, he told authorities that while choking Crawford "she was struggling to breathe and had the sound of agony." Jones then put a plastic bag over her head, Young said.

The couple put Crawford's body in a bin and cleaned blood from the living room, Young said.

After dumping Crawford's in a wooded area at Exchange Park in nearby DeKalb County, Jones and Brantley returned to the apartment and slept, Young said. They attended a Halloween party later that evening, Young said.

Jones was accompanied by her father when she led police to Crawford's body, Young said.