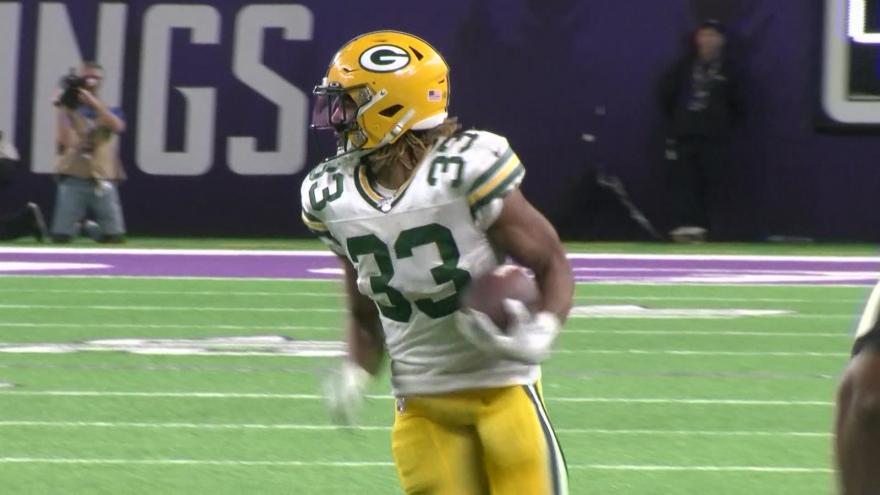 MINNEAPOLIS (AP) -- The Green Bay Packers are NFC North Champions with a 23-10 win over the Minnesota Vikings Monday night, Dec. 23.

They made Matt LaFleur the 10th rookie coach in NFL history to reach 12 victories, winning for the first time in four tries at Minnesota's deafening U.S. Bank Stadium.

While the division has always been the Packers biggest initial goal, there was one very clear message in the locker room post game. The north is not enough. Green Bay is still plotting a first-round bye, they can take one step closer to that with a regular-season finale win at Detroit on Sunday, Dec. 29.

The Vikings led 10-9 at halftime after three first-half turnovers by the Packers, but they fell to 10-5 and sealed themselves into the sixth seed in the NFC playoffs.