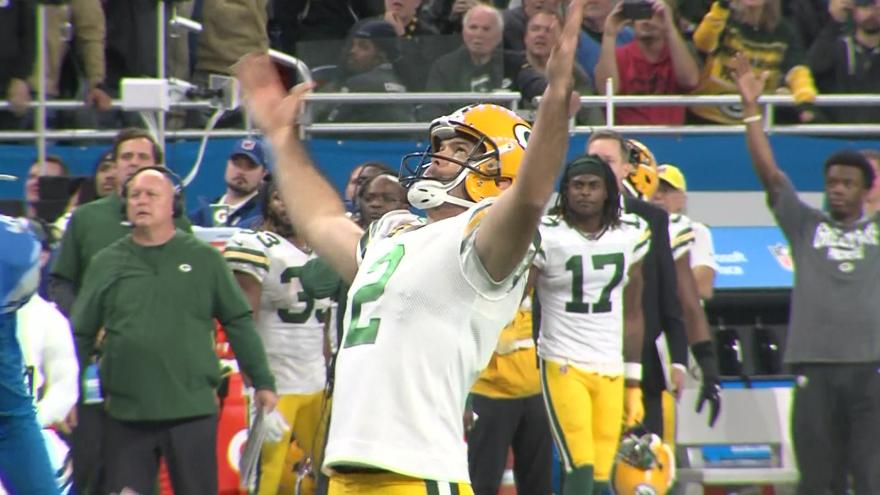 DETROIT (CBS 58) -- Mason Crosby made a 33-yard field goal as time expired to lift the Green Bay Packers to a 23-20 win over the Detroit Lions to earn a first-round bye.

The Packers fell behind by two touchdowns in the second quarter.

They did not lead until Crosby made his second game-winning kick against Detroit this season.

The Lions closed the season with nine straight losses for their longest losing streak in a season since going 0-16 in 2008.

Green Bay won despite Aaron Rodgers going 27 of 55 for 323 yards with two touchdowns and an interception.