Ozzy Osbourne says he's leaving the US because of gun violence 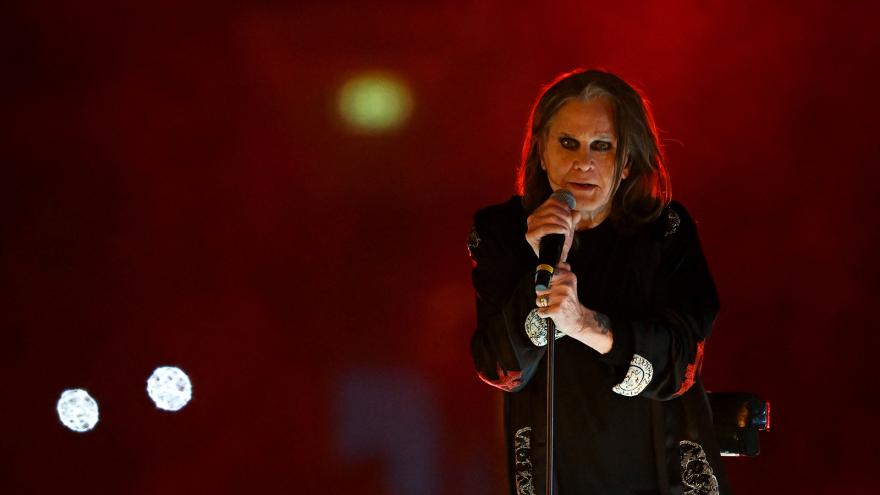 (CNN) -- Ozzy Osbourne is a Brit by birth and a Californian by choice, but after spending decades in the Golden State, he's ready to leave the US.

Osbourne and his wife Sharon are returning to their Buckinghamshire residence after spending more than 20 years living in Los Angeles, the Black Sabbath singer told the Observer in a wide-ranging interview. Osbourne's family life in California was famously documented on the MTV reality series "The Osbournes" in the early 2000s.

Gun violence in the US is part of what convinced him to return to the UK full-time, he told the Observer.

"I'm fed up with people getting killed every day," he said of American gun violence. "God knows how many people have been shot in school shootings. And there was that mass shooting in Vegas at that concert ... it's f*****g crazy."

He also noted that he didn't want to die in the US. "I'm English. I want to be back."

There have been more than 440 mass shootings in the US in 2022, according to the Gun Violence Archive, which updated its data on Monday. The mass shooting in Las Vegas Osbourne referred to occurred in 2017 and killed 58 people, and it remains the deadliest mass shooting in US history.

Sharon Osbourne said "America has changed so drastically" and said there's "nothing united about it." She waded into divisive debates last year, when she defended her friend Piers Morgan in an argument with Sheri Underwood on an episode of their daytime series "The Talk," and she later left the show after former colleagues accused her of using racist and homophobic language.

Ozzy Osbourne gave a different reason for wanting to leave to the Mirror earlier this year: In March, the UK tabloid reported that Osbourne said "the tax is getting too much" and that while he'd miss Los Angeles, he didn't want to continue paying current taxes to stay in the US.

The Osbournes will return to the UK in February, the Observer reported, where Osbourne said he will continue to make music. His new solo album, which he recorded while experiencing several chronic health issues including Parkinson's disease, will be released next month.