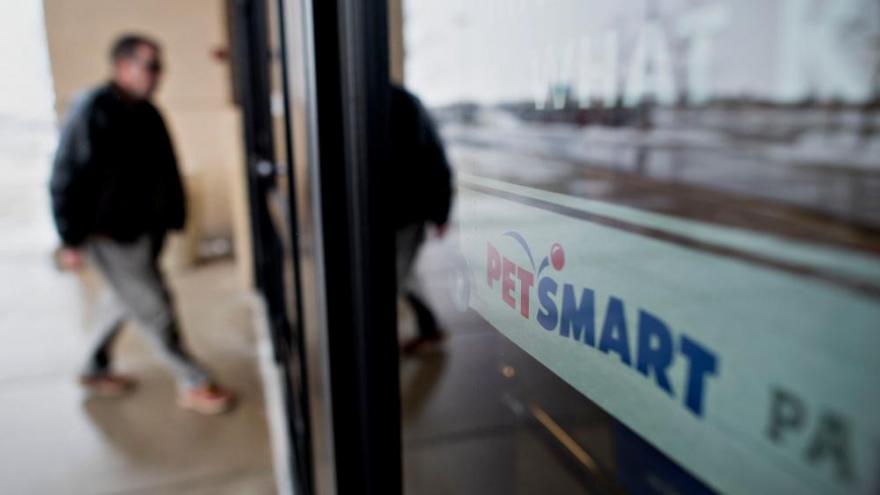 A woman in Las Vegas took her dog to PetSmart after Christmas for a grooming. Thirteen minutes later, the bulldog was dead, crushed under the weight of the grooming table, its owner said.

(CNN) -- A woman in Las Vegas took her dog to PetSmart after Christmas for a grooming. Thirteen minutes later, the bulldog was dead, crushed under the weight of the grooming table, its owner said.

Vikki Seifert and Minni, her 2-year-old dog, had visited the PetSmart before. The store's pet salon provides a quick bath and nail trim, she told CNN affiliate KVVU, and Seifert would typically walk around while waiting for the appointment to wrap up.

That's what she was doing this time, too, when she started to see employees running back to the grooming area. Knowing Minni was back there, Seifert followed.

"When I went in, she was crushed under a grooming table," Seifert told the affiliate. "They said that they had listened for her heartbeat and she was gone."

Seifert said she could not get a straight answer as to what happened. "What were these two groomers doing? Why did no one notice where the dog was? Why was she under a table? How does a dog go in for a bath and get crushed in 13 minutes?" she asked.

PetSmart, in a statement to CNN, said: "A tragic accident occurred in our grooming salon, which led to the heartbreaking loss of Minni."

The company added, "There's nothing more important than the safety of the pets in our care, and we immediately launched a comprehensive investigation into how this type of unprecedented event could have possibly happened. We have been in constant contact with the pet parent since this occurred and will continue to do everything we can to help support her during this difficult time."

Seifert told KVVU she is waiting on a necropsy report before she decides whether to pursue legal action.