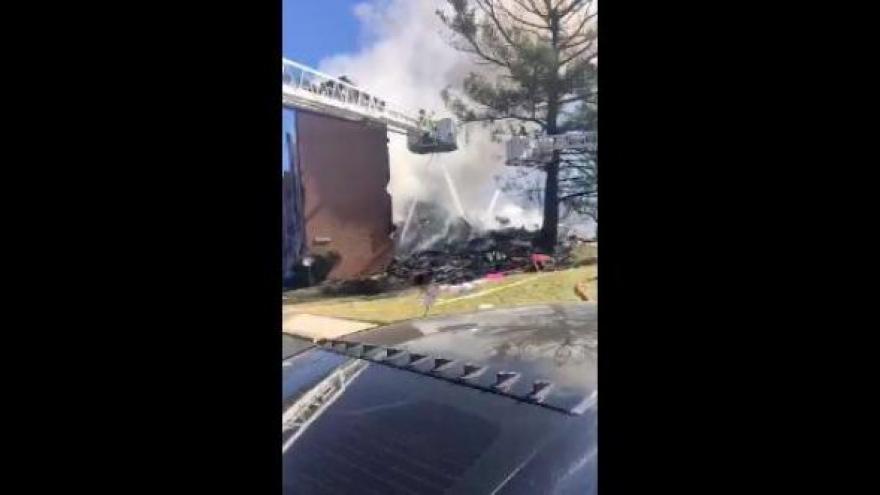 Over a dozen are injured, 5 seriously, in a Maryland residential building fire, explosion.

Firefighters immediately made several rescues, said spokesperson Pete Piringer. All priority-one patients have been transported or are in transit to a hospital, he said.

"I think there were people we were looking for and I think they've been accounted for," said Piringer. "Again, that's preliminary, but we did make several rescues."

The fire department was called in for an explosion at the apartment around 10:30 a.m., Piringer said. Firefighters encountered heavy fire, he said.

Piringer said the four-story apartment building, which had between 12 and 18 units, sustained heavy structural damage. Though the fire has been contained, fire personnel have evacuated nearby buildings.

There are currently over 100 firefighters on the scene and none have suffered injuries, Piringer said.

The root cause of the explosion is unknown, Piringer added.