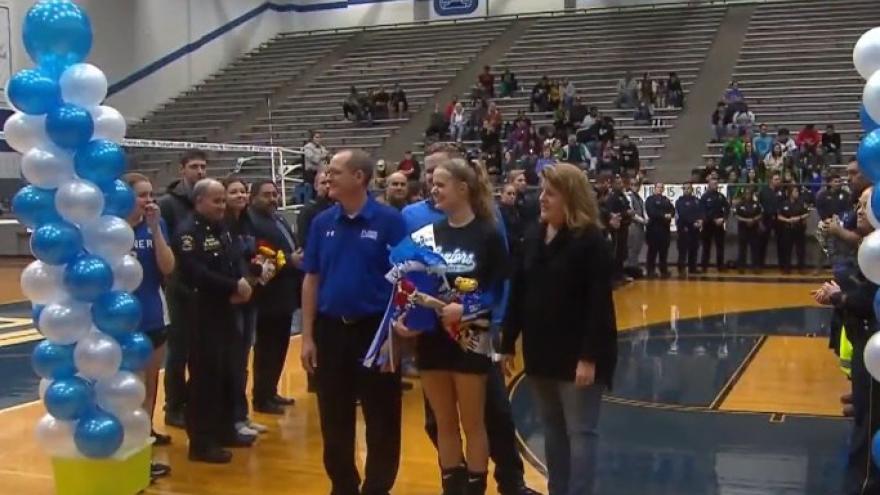 DALLAS (KTVT) -- For Victoria Smith, volleyball is her outlet — that’s what her mom, the widow of Dallas Police Sgt. Michael Smith, said.

“It’s the one thing that lets her keep going and it is something that her dad was very involved with,” Heidi Smith said.

“He would be very proud,” she said.

Sgt. Smith lost his life in the July 2016 ambush, so more than 60 Dallas police officers stood in his place to recognize his oldest daughter Tuesday.

“This is just another way to let them know that hey we’re still here,” Marcie St. John said. “We’re not going anywhere.”

Also by Victoria’s side was teammate, Katy Durkee, who has continuously been there for Victoria both on and off the court.

“The night of 7/7, Victoria was spending the night with Katy and her parents had to bring her to the hospital to us,” Heidi said. “So that’s kind of a special backstory that these two girls, they’ve been together and stayed friends.”

She said her family is forever grateful for all the support they’ve received.

Victoria has committed to playing volleyball for Austin College next year. Several officers said they look forward to following her college career.