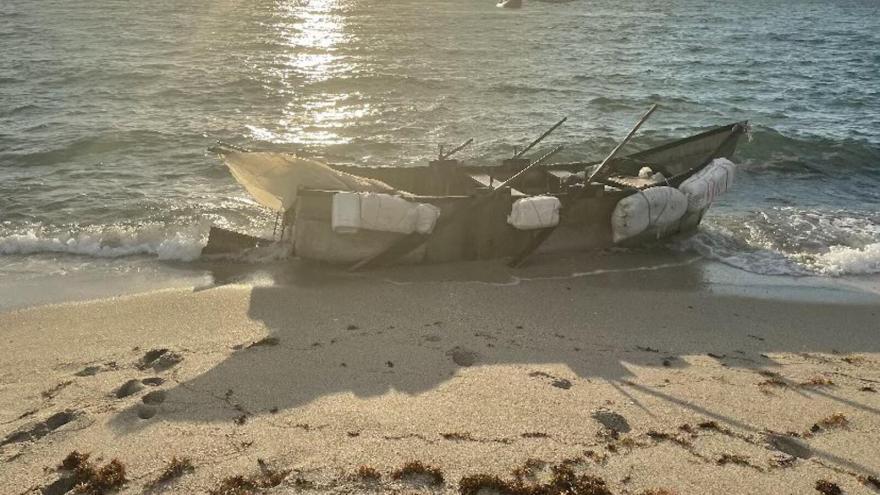 (CNN) -- US Border Patrol agents apprehended more than 100 Cuban migrants after multiple vessels reached land in South Florida over Labor Day weekend, as Cuba grapples with its worst shortage of food and medicine in decades and runaway inflation.

On Monday, Border Patrol agents took into custody 15 migrants -- 13 men and two women -- after they landed on Miami-Dade's Haulover Beach, Chief Patrol Agent of the Miami Sector Walter Slosar said in a tweet.

On Saturday, two migrant groups, totaling 42 Cubans, made landfall in the Dry Tortugas and Islamorada, he added. And on Friday, 45 Cuban migrants on a fishing vessel were taken into custody after landing in the Marquesas Keys, an uninhabited island group west of Key West, he said in another tweet.

The apprehensions come as Cuba has seen an upsurge in migrants fleeing the island nation amid unrest and dissatisfaction. Last July, Cubans frustrated by shortages of food, medicine and a creaky power grid held the largest anti-government protests since the 1959 revolution.

Over the last year, US Coast Guard crews have interdicted 5,154 Cubans, according to data. That was the most since the agency reported 5,396 interceptions in 2016, its highest number of Cuban migrant interceptions since the 1990s.

US Customs and Border Protection has deployed additional Border Patrol agents to the Miami sector amid an uptick in migrant arrivals, according to a CBP official.

"This year alone, we know of at least 61 migrants that have lost their lives at sea, and that is far too many. It's higher than we've seen in the past few decades," US Coast Guard Rear Admiral Brendan McPherson told CNN affiliate WPLG. "We're very concerned about that."

There has been an increase in the number of Cuban migrants crossing the US-Mexico border as well.

Since October 2021, there have been 175,674 Cubans encountered by US Customs and Border Protection on the Southwest border, according to CBP Encounters data. That represents a vast increase compared to 38,674 Cubans last year and just 13,410 in 2020, the data shows.

McPherson said that he doesn't consider the increase a "crisis" currently, but the agency is increasing their patrols on land, sea and air as a result.