Over 1,300 complaints were sent to the FCC about Shakira and J.Lo's Super Bowl halftime show 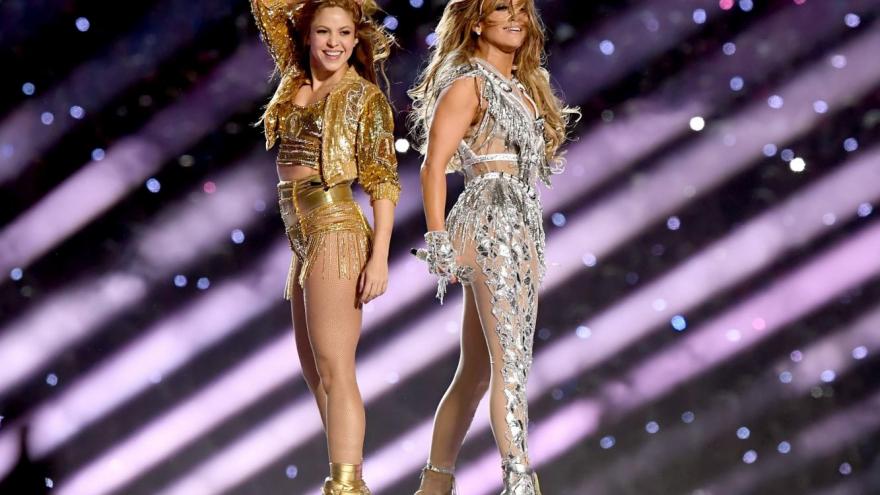 Some viewers said Shakira and Jennifer Lopez's halftime show was not appropriate for children.

(CNN) -- Families all over America gathered on Super Bowl Sunday to watch the Kansas City Chiefs battle the San Francisco 49ers, turning one of America's most beloved sports events into a cheerful family affair.

Then came half time.

The Federal Communications Commission (FCC) received 1,312 complaints from viewers who had something to say about the halftime show featuring pop queens Shakira and Jennifer Lopez.

The singers danced on poles, twerked, belly danced and made more than a few sexually suggestive gestures.

And some people were upset no public warnings were given before the show, which one viewer said was less a musical act than an "X-rated strip club performance."

Here are just a few of the complaints:

Not appropriate for children

Many parents were left fuming after watching the show with their kids. Nearly half of the 1,300 complaints mentioned that the halftime show was inappropriate, especially for children.

The 'Me Too' movement (and sex trafficking)

Many complaints mentioned the "Me Too" movement and sex trafficking.

"In our country there has been a push for women's rights and more opportunities along with the Me too movement which is a good thing," one Ohio viewer said. "This takes us back to where women get their worth from their sexuality not their brains/personality and I don't appreciate it on a family friendly broadcast."

"This is not appropriate family entertainment as the Super Bowl advertises. It was appalling! And then having young girls join the spectacle," a Kentucky viewer said. "No wonder there is sex trafficking when you call this family entertainment. And where's the Me Too women? Do you not see the hypocrisy?"

"Jlo grabbed her crotch, danced on a stripper pole," said a Pennsylvania viewer. "Costumes were barely there! With everything going on now with the Me Too movement this is not something that should have been on TV prime time."

"A disgusting spectacle was on display during the halftime show of the Super Bowl yesterday and I'm sickened by the idea that this was broadcast in to so many homes in America and possibly around the world," an Oregon viewer said of the show, broadcast by Fox. "Selling sex seems to be the job nowadays, despite human trafficking and the Me Too movement. Shame on Fox."

A lot of the complaints included threats about boycotting Pepsi. Well, not even just Pepsi. People said they planned to also boycott the Super Bowl, its halftime shows and even the entire NFL.

"Jennifer Lopez's gyrating on a stripper pole with her butt and her crotch smack in front of my eyes, my husband and children was an affront to women and children and violates your rules," one person from Tennessee said. "I will be boycotting Pepsi and their products and unless you can guarantee a decent half time show next year, we will boycott the Super Bowl.

"It was EXTREMELY offensive to me and my family. Together, those who object will boycott Pepsi and the NFL if this is acceptable entertainment for their games," another viewer from Maryland complained.

"I was one of those who turned the channel as soon as I saw what the show was about. Fox and the NFL should be held accountable for the show. Yet one more reason to go back to boycotting the NFL," a Texas viewer complained.

Super Bowl LIV averaged 102 million viewers across several channels and streaming outlets, according to Fox. So while less than one-thousandth percent of viewers had something bad to say about the show, the complaints were strong worded -- and it's safe to say some people were pretty mad.