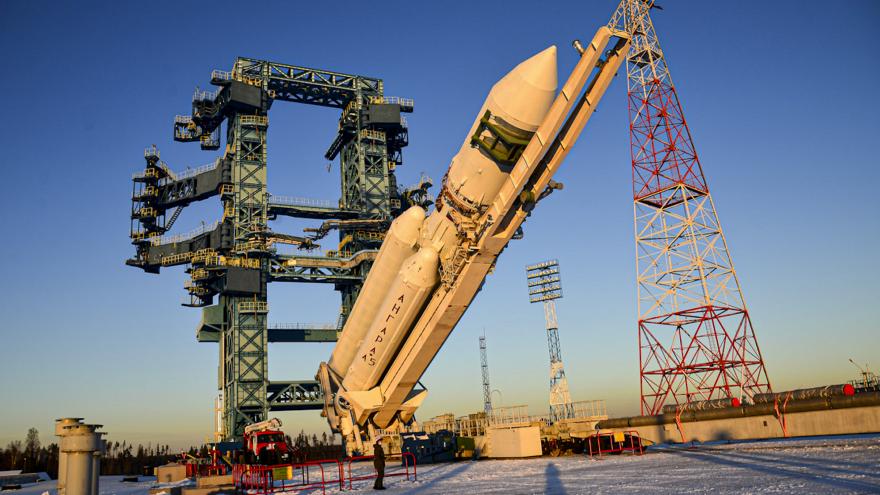 (CNN) -- Space experts are tracking a Russian rocket part that is set to make an uncontrolled reentry into Earth's atmosphere within the next 24 hours.

The Angara-A5 heavy-lift rocket was launched from the Plesetsk spaceport in Russia's northwestern Arkhangelsk region on Monday, December 27. The launch was testing a new upper rocket stage, known as the Persei booster, according to the state-run TAS news agency.

US Space Command confirmed in a statement that it is "aware of and tracking the location of the Angara A5/PERSEY rocket body in space. At this time, the 18th Space Control Squadron assesses the entry point into the Earth's atmosphere at approximately 2054 UTC (1:54 pm MST) over the Southern Pacific Ocean." That's 3:54 p.m. ET.

Most space debris burns up on reentry to Earth's atmosphere, but it's possible that larger parts could cause damage if they land in inhabited regions.

"It's safe to say that in the next 24 hours it will be down but where, nobody can say, because in the window of several hours it will do several revolutions around the globe," Holger Krag, the head of the European Space Agency's Space Debris Office,told CNN earlier Wednesday morning.

The Russian rocket part was traveling at 7.5 kilometers per second (4.7 miles per second), and its reentry latitude was likely to be between 63 degrees north and south of the equator, Krag said.

While it was highly unlikely that it would cause damage or hurt anyone, "the risk is real and cannot be ignored," he said.

In May 2021, NASA lambasted China for its failure to "meet responsible standards" after debris from an out-of-control rocket used to launch China's space station plunged into the Indian Ocean.

The Russian rocket part is thought to be smaller than the Chinese debris, weighing around 4 tons without fuel, compared to around 20 tons for the Chinese Long March 5B rocket, said Krag.

The Chinese Long March rocket was one of the largest objects in recent memory to strike the Earth after falling out of orbit, following a 2018 incident in which a piece of a Chinese space lab broke up over the Pacific Ocean and the 2020 reentry of another Long March 5B rocket.

The Persei booster was about 10 meters (33 feet) long compared to 32-meter (105-foot) Chinese Long March 5B rocket, said Jonathan McDowell, an astronomer at the Center for Astrophysics - Harvard & Smithsonian. While it weighed less, it was carrying about 16 tons of propellant on board, he said.

The "total mass is about the same as the Chinese stage, but most of it is probably liquid and will burn up in the atmosphere, so the risk to the ground is significantly less. I think," said McDowell via email.

He added that the Russian rocket stage was not intended to reenter the Earth's atmosphere in this way.

"It was meant to end up in an orbit where it would stay for many thousands of years. The rocket failed to restart. The Chinese stage reentry was by DESIGN, they deliberately left it in a low orbit."

Russia's space agency Roscosmos told CNN the launch was operated by the Russian Ministry of Defence, which did not immediately respond to an emailed request for comment.

Best international practice for spent rocket parts or spacecraft at the end of their life span was typically to make a controlled reentry and fall to Earth in an uninhabited area -- usually a remote part of the Pacific Ocean, Krag said.

Krag added that, on average, 100 to 200 tons of space junk reenter the Earth's atmosphere in an uncontrolled way every year. Only one person is known to have been hit by space junk -- a woman named Lottie Williams in Texas in 1997. She lived to tell the tale.