Our pets are part of the climate problem. These tips can help you minimize their carbon pawprints 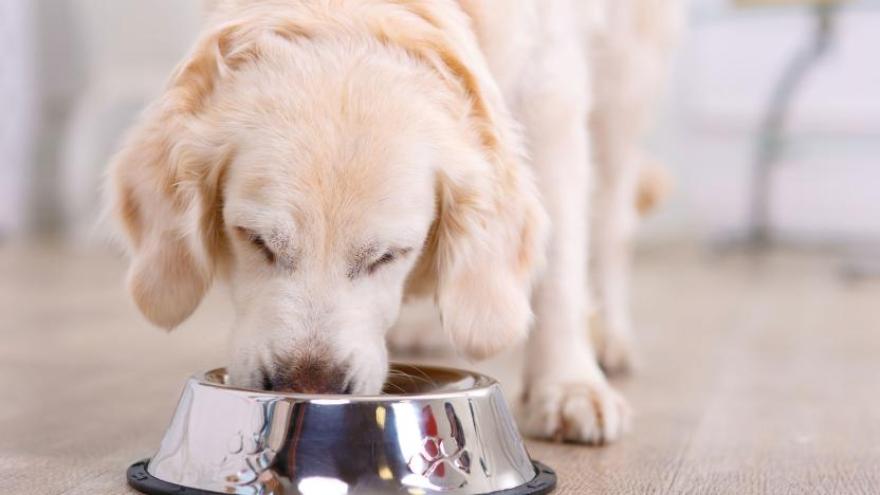 Our four-legged friends don't drive gas-guzzling SUVs or use energy-sucking appliances, but that doesn't mean they don't have a climate impact. In fact, researchers have showed that pets play a significant role in the climate crisis.

(CNN) -- Our four-legged friends don't drive gas-guzzling SUVs or use energy-sucking appliances, but that doesn't mean they don't have a climate impact. In fact, researchers have showed that pets play a significant role in the climate crisis.

But what do Barkley and Whiskers have to do with our warming planet? It's the products we buy for them that need a closer look.

Their meat-heavy diet is the biggest contributor to their carbon pawprints, which requires an abundance of energy, land and water to produce. And the production of pet food emits huge amounts of planet-warming gases.

According to a 2017 study, feeding dogs and cats creates the equivalent of around 64 million tons of carbon dioxide in the US each year. That's roughly the same impact as 13.6 million cars on the road. And, if our furry friends formed a separate country, it would rank 5th in global meat consumption behind China, the US, Brazil and Russia, according to UCLA professor and author of that study Gregory Okin.

But don't panic. Bidding farewell to your best friends is not the answer.

In addition to all the joy they bring, pets have a measurable positive impact on our physical health and mental wellbeing. Having a pet in the family is associated with lower stress, fewer heart attacks, lower rates of depression and increased self-esteem.

"Our work does not mean we are 'against' keeping pets," said Pim Martens, a professor of Sustainable Development at Maastricht University and someone who has researched the impact of pets on the planet. "There are lots of benefits as well. Just be aware of the 'side-effects.'"

So, what's a concerned pet parent to do? Here are some ways to minimize your pets' environmental impact while still caring for your furry fleet.

Do an assessment of your pet's diet

First, and most importantly — responsible owners considering making significant changes to their pet's diet should discuss it with their veterinarian to make sure it's right for their animal's needs.

In fact, if you're the proud owner of a feline, you shouldn't even think about switching their diet. Cats are obligate carnivores — they must eat meat, according to Angela Frimberger, a veterinarian with Vets for Climate Action.

Dogs, on the other hand, are omnivores and don't necessarily need to have meat every meal — let alone sirloin steak.

"I wholeheartedly want pets to be fed a good quality, nutritionally appropriate diet for them," Frimberger said. "But for most healthy pets, the trend to feed premium quality ingredient food goes back to our habit of viewing our pets' needs through the lens of what we would like, rather than what they actually need or like. We should remind ourselves that what is appealing to us doesn't necessarily equate to actual nutritional quality for the pet."

Frimberger noted there are some new food developments on the market that are worth looking into, especially for dogs, including lab-grown meat. A 2014 study found insects are a good and nutritious source of protein for pets — and not likely to gross your companion out (unlike humans who would find eating such critters revolting).

"Insect-based pet foods can be nutritionally complete and are starting to come onto the market around the world," Frimberger said. "They can also be a solution for some pets that have food allergies to traditional protein sources."

And of course, only feed the amount of food that your pet needs — they'll be healthier and feel better too if they're not overweight.

While items like toys, bowls, litter, poop bags and leashes are often necessary for your pet, looking at their durability, supply chains and whether they can be recycled is equally as important as the product itself.

For cats, seek the most environmentally friendly litter option that your feline will accept, such as ones made from organic materials, rather than clay. Although clays are naturally occurring soil minerals, they must be mined, which contributes to soil erosion, habitat destruction and groundwater contamination.

For dogs, choose biodegradable poop bags and always pick it up, no matter where you are. Research shows that not scooping pup poop could cause harmful micro-organisms such as roundworm, E. coli and giardia to survive in your yard for up to four years, which is a health risk for humans.

"Our water system is designed to handle toxic waste and to keep those pollutants out of the environment," Okin said. Just be sure you're not flushing other things down there, too — like pet poop bags or non-flushable kitty litter. Feces only.

And while it may be tempting to dress up your little ones for outings and various holidays, it's important to buy items with the pet's genuine welfare in mind. In other words, ask yourself: What does your pet really need, and what are you buying just to satisfy the urge to shop?

"We need to think about the real needs of the pet rather than our drive for consumerism," Frimberger said.

The general rule is that larger pets will have a larger climate impact than smaller ones, primarily because they need more food. So you might consider smaller breeds or species if you're aiming to minimize your impact on the planet. A Chihuahua's carbon pawprint will be much smaller than a Saint Bernard, for example.

You might also consider how some animal breeds tend to come with more health issues.

"Avoiding animals with known health problems will reduce the need for veterinary intervention, which has a carbon footprint, and most importantly will reduce unnecessary suffering in terms of poor health and welfare," Gudrun Ravetz with Vet Sustain said.

And for those not into all the fluff, cuddling and slobber — you're in luck.

"Small rodents and birds are great options," Okin said. "Snakes, turtles and reptiles can have a really low impact, too, for those that are into it."