'Our heart goes out to them:' Biden speaks on Florida building collapse as rescue efforts enter second day 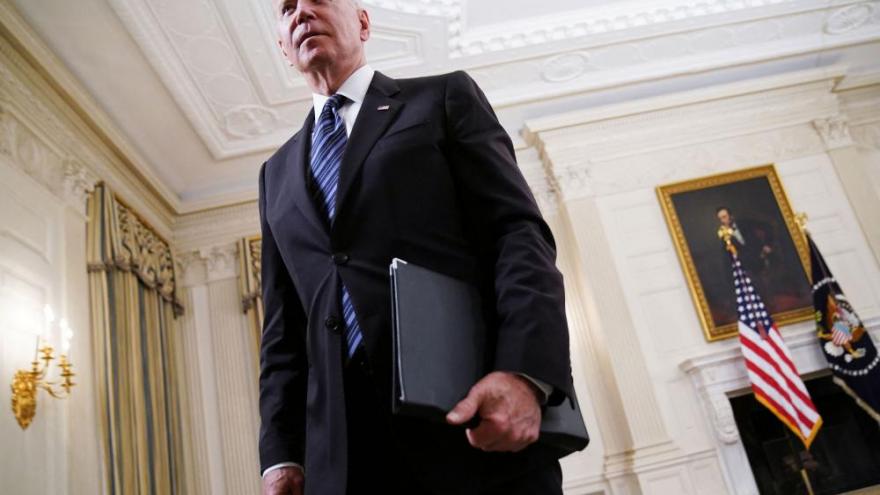 President Joe Biden will address the building collapse in Florida on Friday.

(CNN) -- President Joe Biden on Friday said his administration was doing everything in its power to be of assistance to those affected by a building collapsing in Florida that has left at least four people dead and more than 150 people missing.

"It's a tough, tough time. There's so many people waiting. Are they alive, will they be, what'll happen? And so our heart goes out to them," Biden said at a White House event.

"We've provided all the help that they have, they need. We sent the best people from (the Federal Emergency Management Agency) down there," Biden said.

The President continued: "We're going to stay with them, with the disaster declaration we made, provide for everything from housing to, God forbid, whether there's a need for (mortuaries) for the bodies to be placed. Everything in between."

At least four people are dead and 159 people are unaccounted for after a residential building partially collapsed in Surfside, Florida, on Thursday. Search and rescue teams are racing to find survivors.

Biden was updated Friday morning on the rising number of people who are unaccounted for and will receive regular updates throughout the day, a White House official says. And while he is spending Saturday and Sunday with family at Camp David, officials say the President will receive briefings each day over the phone and from a traveling national security adviser, Yohannes Abraham.

White House press secretary Jen Psaki told reporters on Friday afternoon that the White House was working on setting up a phone call between Biden and DeSantis.

As of Friday morning, the President and the governor had not spoken, an official said, but DeSantis has been in contact with top White House officials, including chief of staff Ron Klain.

The President's decision to declare a state of emergency in Florida came after a day of discussions between the White House and DeSantis' office.

An official request for assistance must come from the governor's office. Throughout the day on Thursday that did not occur, which struck officials in the White House as unusual.

That changed late Thursday when the governor's office made the official request, a senior administration official said, and the declaration was announced by the White House early Friday morning.

Biden told CNN on Thursday evening that he had not spoken to DeSantis.

"I'm waiting on a call from him if he needs the help. We told him it's available. My team has gotten in touch. I have not yet personally spoken to him," Biden said.

The Republican governor has been one of Biden's biggest critics and he is widely seen inside the GOP as a top contender for the 2024 presidential race.

A Florida official familiar with the matter tells CNN that DeSantis finally agreed to ask the White House for assistance at the urging of local officials in Miami-Dade County. The emergency declaration opens the door for federal assistance from the Federal Emergency Management Agency and other agencies.

There are no immediate plans to have the President travel to Florida. A White House official said, "We will stay in touch with the officials on the ground and determine if and when that would be appropriate -- current focus is on, and should be on, rescue and recovery."