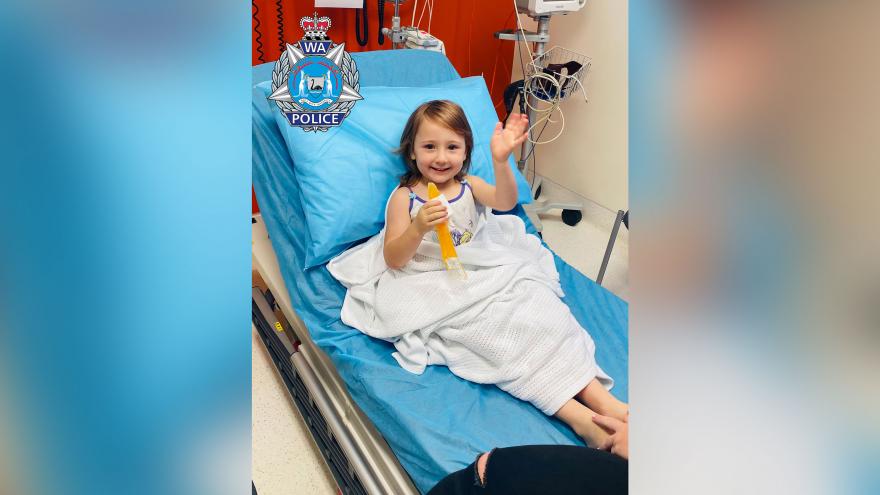 (CNN) -- Four-year-old Cleo Smith has been found alive 18 days after she went missing in northwest Australia, and her mother, Ellie Smith, took to Instagram to celebrate the news.

"Our family is whole again," Smith wrote Wednesday, alongside a smiling picture of her young daughter, who disappeared from her tent on a camping trip almost three weeks earlier.

Police found the little girl at a locked home in the small town of Carnarvon, Western Australia, just after midnight Wednesday local time.

A police video caught the moment an officer picked up the child and asked her, "What's your name? The girl replied, "My name is Cleo," according to police. 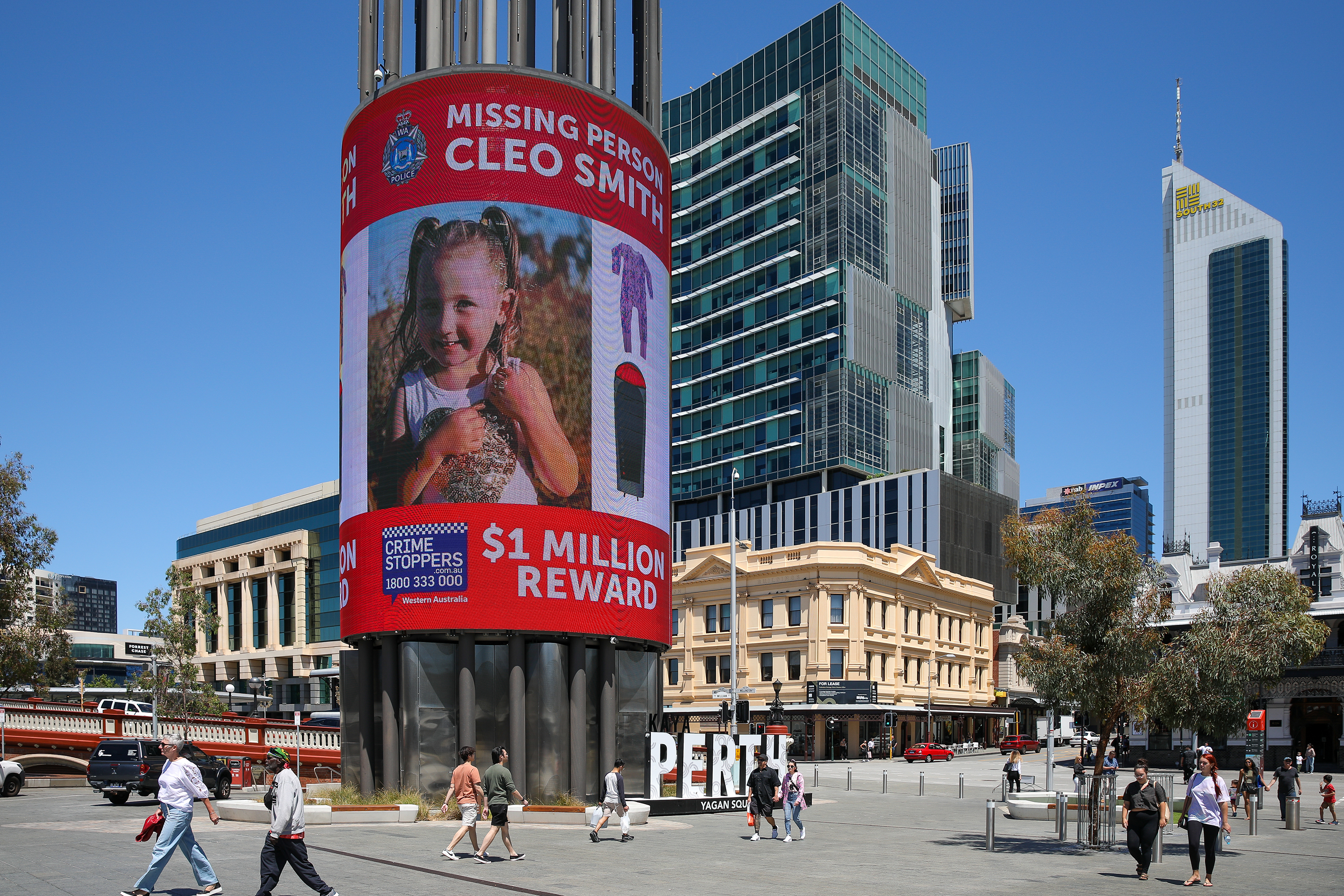 "When she said 'My name is Cleo,' I don't think there was a dry eye in the house," Deputy Police Commissioner Col Blanch told 6PR radio.

"I have seen seasoned detectives openly crying with relief. I am speechless, which is very rare ... this is something we all hoped in our hearts, and it has come true."

The 4-year-old's disappearance triggered a massive police search that initially covered several square kilometers around the remote campsite at Quobba Blowholes, around 950 kilometers (590 miles) north of Perth, and later extended nationwide as alerts were issued for sightings of the girl.

The house where she was eventually found is just a short drive from the Smith family home.

He was not in the house at the time of the raid, Blanch said, and is currently being questioned. Police don't suspect anyone else of being involved, they said.

Less than a week into the search, the Western Australia government offered a reward of 1 million Australian dollars ($750,000) for information leading to Cleo's discovery.

On Wednesday, police said it was unlikely anyone would claim the million dollar reward, as Cleo's rescue was the result of painstaking work by the police.