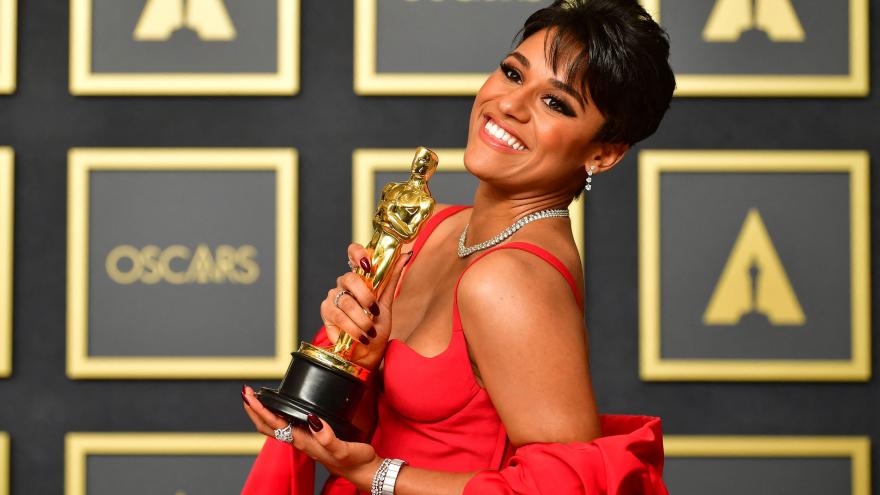 (CNN) -- Fresh off her Oscar win, Ariana DeBose will return to her Broadway roots to host next month's Tony Awards, which honor the year's best musicals and plays on the Great White Way, the American Theatre Wing announced Wednesday.

Following in the footsteps of previous hosts Neil Patrick Harris and James Corden, DeBose is a Tony nominee herself with several Broadway roles to her name. She won an Oscar in March for her powerful turn as Anita in Steven Spielberg's "West Side Story" remake.

"I'm coming home!" DeBose said in a statement announcing her hosting gig. "I'm so honored to celebrate 75 years of excellence in theater, but more importantly every member of this community who poured themselves into making sure the lights of Broadway have the opportunity to shine brightly once again!"

The 2022 Tony Award nominees will be announced next week, with new musicals like the Pulitzer-winning "A Strange Loop" and pop smash "Six" expected to earn nominations. The ceremony will air June 12 at 8 p.m. ET.

Last year's ceremony, co-hosted by Tony winners Audra McDonald and Leslie Odom Jr., took place more than two years after the previous ceremony due to Covid-19. The pandemic forced Broadway to go dark from March 2020 to September 2021, so the ceremony honored productions that premiered during the 2019-2020 season.

Before DeBose was Spielberg's Anita, she was a Broadway veteran known to stage fans as "The Bullet" in smash-hit "Hamilton," Jane in "A Bronx Tale" and Disco Donna in "Summer: The Donna Summer Musical," for which she earned a Tony nomination. She also appeared in Ryan Murphy's adaptation of "The Prom" alongside Meryl Streep and Nicole Kidman.

With her Oscar win, DeBose made history as the first out LGBTQ woman of color to win an Academy Award for acting.