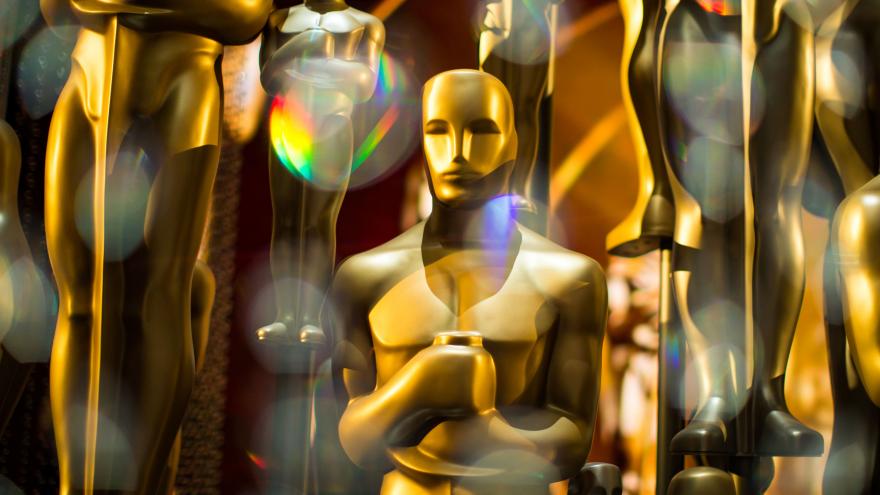 (CNN) -- The 94th Academy Awards featured one of the most shocking moments in the show's long history. It also included a significant ratings bump for ABC.

The show drew an average of 15.3 million viewers for ABC on Sunday, according to early Nielsen numbers. That's a 56% increase from last year's show, the lowest-rated Oscars ever, which brought in just under 10 million viewers.

After years of slumping ratings the Oscars were desperate to craft viral moments that would get people to tune in this year, like anniversaries of classic films and lots of musical acts. But no one could have predicted the Oscars moment everyone would be talking about on Monday: Will Smith striking Chris Rock on stage after the comedian made a joke about Smith's wife, Jada Pinkett Smith.

While presenting the award for best documentary during Sunday night's broadcast, Rock joked about Pinkett Smith's shaved head, saying, "Jada, I love you. 'G.I. Jane 2,' can't wait to see it."

Pinkett Smith — who has been open about her struggle with alopecia, an autoimmune disorder that leads to hair loss — rolled her eyes as she sat next to Smith after the joke. But Smith walked up to Rock on stage, struck him across the face and then twice screamed, "Keep my wife's name out of your f***ing mouth!"

Smith later returned to the stage to accept the Oscar for best actor and apologized to the Academy and his fellow nominees, but did not mention Rock.

It's unclear whether the shocking moment, which happened about 2.5 hours into the show's 3.5-hour run, had any tangible impact on overall viewership. But the altercation blew up on social media immediately after it happened, which may have drawn some people to tune into the show's final hour.

The 2022 Oscars did include other notable moments. Apple TV+'s "CODA," a film about a deaf girl taking care of her parents, became the first film from a streaming service to win best picture. But the Monday-morning chatter was all about Smith and Rock.

"The theme of the 2022 Oscars was 'Movie Lovers Unite.' For Chris Rock and Will Smith, the reunion was more dramatic — and painful — than the Academy could have planned or wanted," James Poniewozik, the chief television critic for The New York Times, wrote on Monday.

Caroline Framke, a chief TV critic at Variety, added that "no matter how desperately ABC and the Academy wanted the ceremony to be a well-oiled machine, this year's Oscars proved the power of live TV, for better and for deeply uncomfortable worse."