Oscar Mayer hiring team to drive its Wienermobile across the US 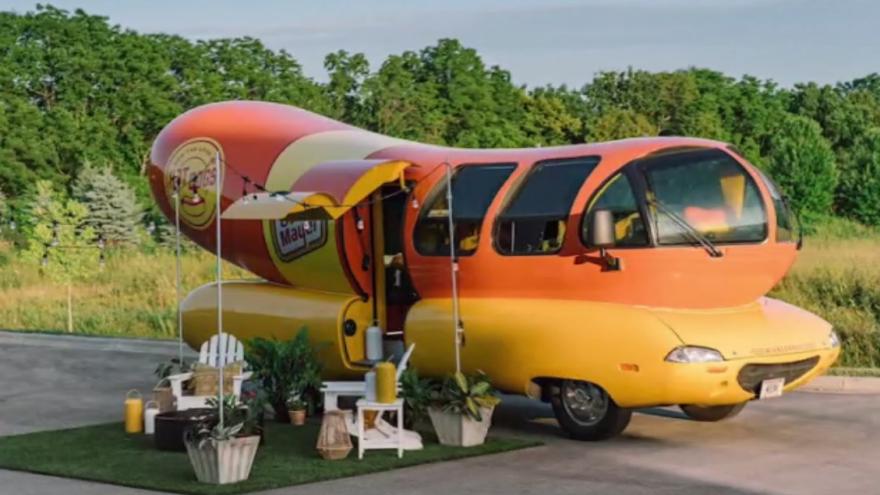 (CNN) -- Frankly, this could very well be someone's dream job.

Kraft Heinz is looking to hire a new team of Hotdoggers (yes, that's what the job posting says) to drive its famous hot dog-shaped Wienermobile across the country for a year.

An ideal Hotdogger is an "outgoing, creative, friendly, exuberant, college graduate who has an appetite for adventure and is willing to see the country through the windshield of the Oscar Mayer Wienermobile for one year," the job description reads.

Hotdoggers will hit the open road in the 27-foot orange and yellow vehicle, stopping at more than 200 events, according to the job posting.

They'll also appear on local television and radio and do newspaper interviews, and they will create content for social media.

They will sleep in hotels or short-term corporate housing across the country.

In March 2020, all Wienermobile events were canceled because of the Covid-19 pandemic.

Despite the hiatus, the Wienermobile garnered attention in September, when a Hotdogger who goes by the name "Zach n' Cheese" proposed to his girlfriend at Yellowstone National Park next to the famous hot dog bus.

In October, the Wienermobile set out again.

CNN has reached out to Kraft Heinz to ask about Covid-19 safety protocols for Hotdoggers.

The Wienermobile has evolved since the first one was created in 1936 by Carl Mayer, according to the company.

The 1969 model featured Ford Thunderbird taillights and a Chevy motor home frame and averaged 187 "smiles" per gallon, according to Oscar Mayer.

In 2017, the company unveiled an entire Wienerfleet, including a hot dog-shaped drone.

Nowadays, six Wienermobiles are driving across the United States at any given time, according to Oscar Mayer.

Interested candidates should get their buns online and apply by January 31 to be considered.