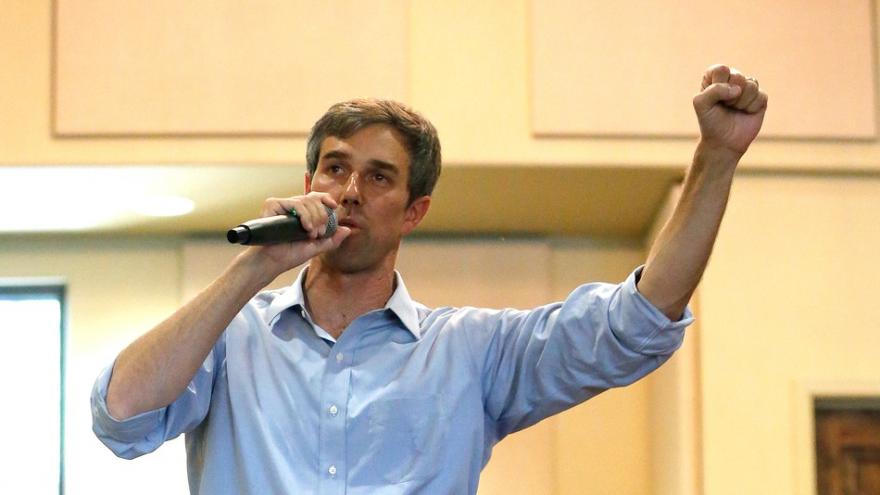 MADISON, Wis. (AP) — Beto O'Rourke is returning to Wisconsin this weekend for early campaign stops that speak to the importance of the state in the 2020 presidential race.

O'Rourke is slated to appear Sunday at a coffee shop in Madison, the state's liberal capital city, before heading to Milwaukee — site of the 2020 Democratic National Convention — for other events. It will be O'Rourke's second visit to Madison in a month. He met with more than 200 University of Wisconsin students and faculty in February before he officially entered the race on Thursday in neighboring Iowa.

Wisconsin is expected to be one of the most hard-fought states in 2020 because it is one of the few seen as being truly in play. Democrats view it as part of a "blue wall" that they hope to build in the Upper Midwest to deny President Donald Trump a second term.

Trump carried Wisconsin by fewer than 23,000 votes in 2016, becoming the first Republican to carry the state since Ronald Reagan in 1984. Democrat Hillary Clinton was roundly criticized for not returning to the state before Election Day after she lost the Wisconsin primary to Vermont Sen. Bernie Sanders.

But Democrats have been buoyed by recent electoral successes — namely Tony Evers' defeat of two-term Republican Gov. Scott Walker in 2018 as part of a Democratic sweep of every statewide race.

Adding to the momentum, Democrats on Monday announced that they would hold their national convention in Milwaukee in 2020, choosing it over the much larger cities of Houston and Miami.

O'Rourke, a former Texas congressman, made a point during his first visit in February to emphasize that Wisconsin was "too often overlooked, the conversation does not begin until too late." He said this feeling was motivating his visits to Wisconsin and several other states, including New Mexico, Oklahoma, Kansas and Colorado.

Milwaukee and Madison are Wisconsin's two largest cities and are the center of Democratic power in the state. In 2016, Clinton carried Milwaukee County with 65 percent of the vote and Dane County, which includes Madison, with 70 percent.